"The Magical Number 7, Plus or Minus Two"
Mnemonics
​The Major System 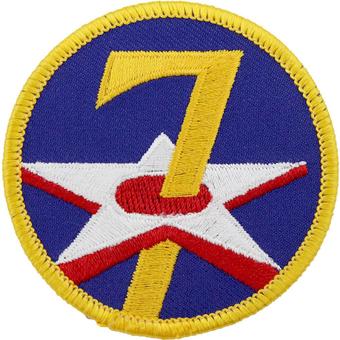 National Geographic Brain Games
Regrettably for most of us in our busy, action-packed lives, once a piece of information enters our head, it doesn’t immediately get stashed away in long-term memory. Rather, it exists in a temporary limbo, in what’s known as working memory, a collection of brain systems that hold on to whatever is rattling around in our consciousness at the present moment.

In the 1950s, psychologist George Armitage Miller wrote an essay titled “The Magical Number Seven, Plus or Minus Two: Some Limits on Our Capacity for Processing Information.” Dr. Miller had discovered that our ability to process information and make decisions in the world is limited by a fundamental constraint: We can only think about roughly seven things at a time. Our short term memory in the prefrontal cortex seems to have three key aspects:

1. limited capacity (only about 7 items can be stored at a time)
2. limited duration (about 30 seconds; storage is very fragile and information can be lost with distraction or passage of time)
3. limited methods for encoding (primarily acoustic or visual).

Visualizing the shapes of the numbers themselves may appeal to a small portion of the human population, those with analytic minds or who have a strong affinity for numbers (they may visualize colors associated with numbers, or assign personalities to digits). Most people, however, remember those seven plus-or-minus two numbers by repeating them over and over again to themselves in the “phonological loop,” which is just a fancy name for the little voice that we can hear inside our head when we talk to ourselves (There is nothing wrong with talking to yourself; it's even okay to answer yourself. It's when I see you arguing with yourself that I start to worry . . . ). The phonological loop acts as an echo, producing a short-term memory buffer that can store sounds just a couple seconds, if we’re not rehearsing them.

The phonological loop or "voice" is "chunking," a surprisingly down-to-earth term in scientific circles for remembering a series with multiple parts. Because many scientific ideas, terms and methodologies are long and complicated, students can apply the principle of chunking to learn and remember the information. Chunking is breaking down large portions of information into smaller pieces, so they can be analyzed, processed and retained.

Chunking is a way to decrease the number of items you have to remember by increasing the size of each item. Chunking is the reason that phone numbers are broken into two parts plus an area code and that credit card numbers are split into groups of four. Notice that the process of chunking takes seemingly meaningless information and reinterprets it in light of information that is already stored away somewhere in our long-term memory. The brain best remembers things that are repeated, rhythmic, rhyming, structured, visually striking, or connected to something we already know. Chunking makes use of combinations of these memory hooks to be effective.

Mnemonics, from the Greek “mneme” for memory, are memory aids which make it easier to store information in your long term memory and recall it accurately on demand.

While there are many traditional or well-established mnemonics for some fields of study one way to make a mnemonic relevant to you, the one doing the memorizing, is to make it significant to your own experience. Using your own interests, vocabulary, perspective, and outlook (humorous, serious, bizarre) makes it more likely you will remember it.
​

The phone number from the National Geographic Brain Games video:  432-517-1689.
​RMN LTK TCh VP, giving us the story  "Roman Let K Touch Up."
Since Professor Winkelmann's native language was German and he studied Latin and Greek, the letters and sounds he used may not be as common in your own native language and the words you frequently use. The Major System has had several revisions from different people over the last 300 years, thus the digits are matched with a few possible consonants, digraphs, or blends today to appeal to different language speakers. The key for using the Major System successfully is to select the digit-to-numbers paring that works best for you and use it consistently.
​
Some students who use the major system make use of visual cues or other connections to help make the number-to-letter pairings stronger. The "How to Become a Memory Champion" video clip below is one method--
​In many areas of our daily life numbers are of importance. The Major System can help you to better remember them:
Some students play with reversing the table to convert words and names into numbers as well. Some people with more analytic minds and an affinity for numbers may find it easier to remember names of people they meet as series of numbers!