Make Your Bed:
Little Things That Can Change Your Life . . . And Maybe the World
​Admiral William H. McRaven

Make Your Bed Every Morning

Every morning in basic SEAL training, my instructors, who at the time were all Vietnam veterans, would show up in my barracks room and the first thing they would inspect was your bed. If you did it right, the corners would be square, the covers pulled tight, the pillow centered just under the headboard and the extra blanket folded neatly at the foot.

It was a simple task — mundane at best. But every morning we were required to make our bed to perfection. It seemed a little ridiculous at the time, particularly in light of the fact that were aspiring to be real warriors, tough battle-hardened SEALs, but the wisdom of this simple act has been proven to me many times over.

If you make your bed every morning you will have accomplished the first task of the day. It will give you a small sense of pride, and it will encourage you to do another task and another and another. By the end of the day, that one task completed will have turned into many tasks completed. Making your bed will also reinforce the fact that little things in life matter. If you can't do the little things right, you will never do the big things right.

And, if by chance you have a miserable day, you will come home to a bed that is made — that you made — and a made bed gives you encouragement that tomorrow will be better.
If you want to change the world, start off by making your bed.
​ 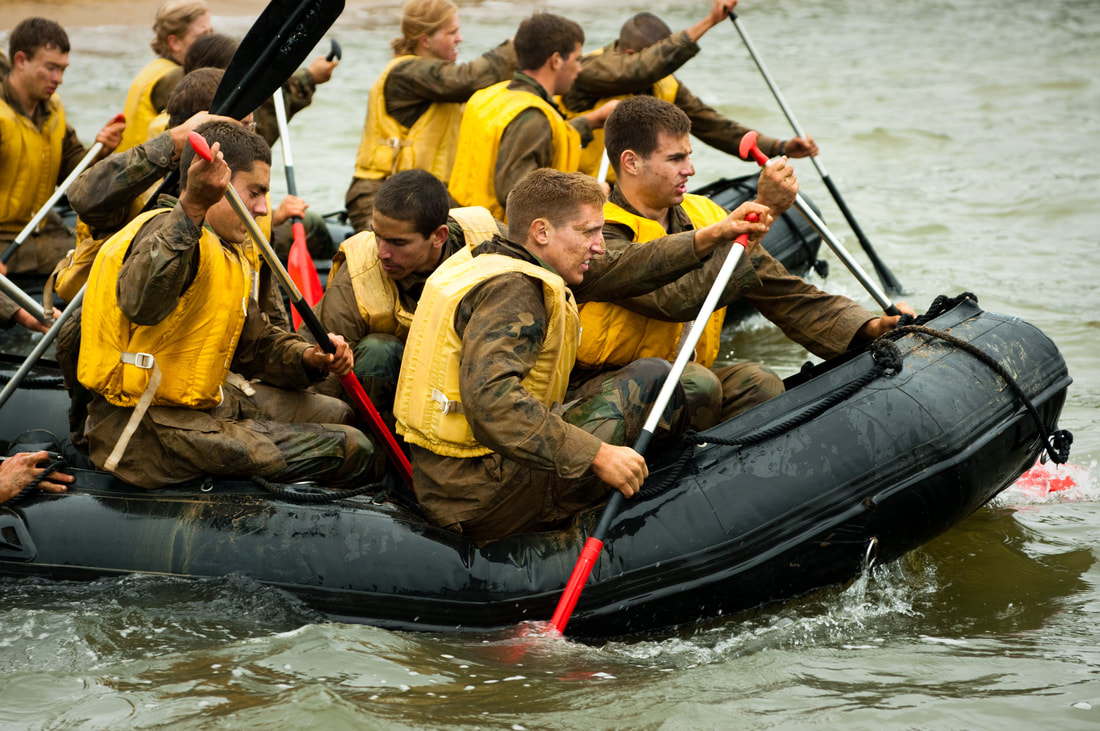 Find Someone to Help You Paddle

During SEAL training the students are broken down into boat crews. Each crew is seven students — three on each side of a small rubber boat and one coxswain to help guide the dinghy. Every day your boat crew forms up on the beach and is instructed to get through the surf zone and paddle several miles down the coast. In the winter, the surf off San Diego can get to be 8 to 10 feet high and it is exceedingly difficult to paddle through the plunging surf unless everyone digs in. Every paddle must be synchronized to the stroke count of the coxswain. Everyone must exert equal effort or the boat will turn against the wave and be unceremoniously tossed back on the beach.

For the boat to make it to its destination, everyone must paddle. You can't change the world alone — you will need some help — and to truly get from your starting point to your destination takes friends, colleagues, the good will of strangers and a strong coxswain to guide them.
​
If you want to change the world, find someone to help you paddle. 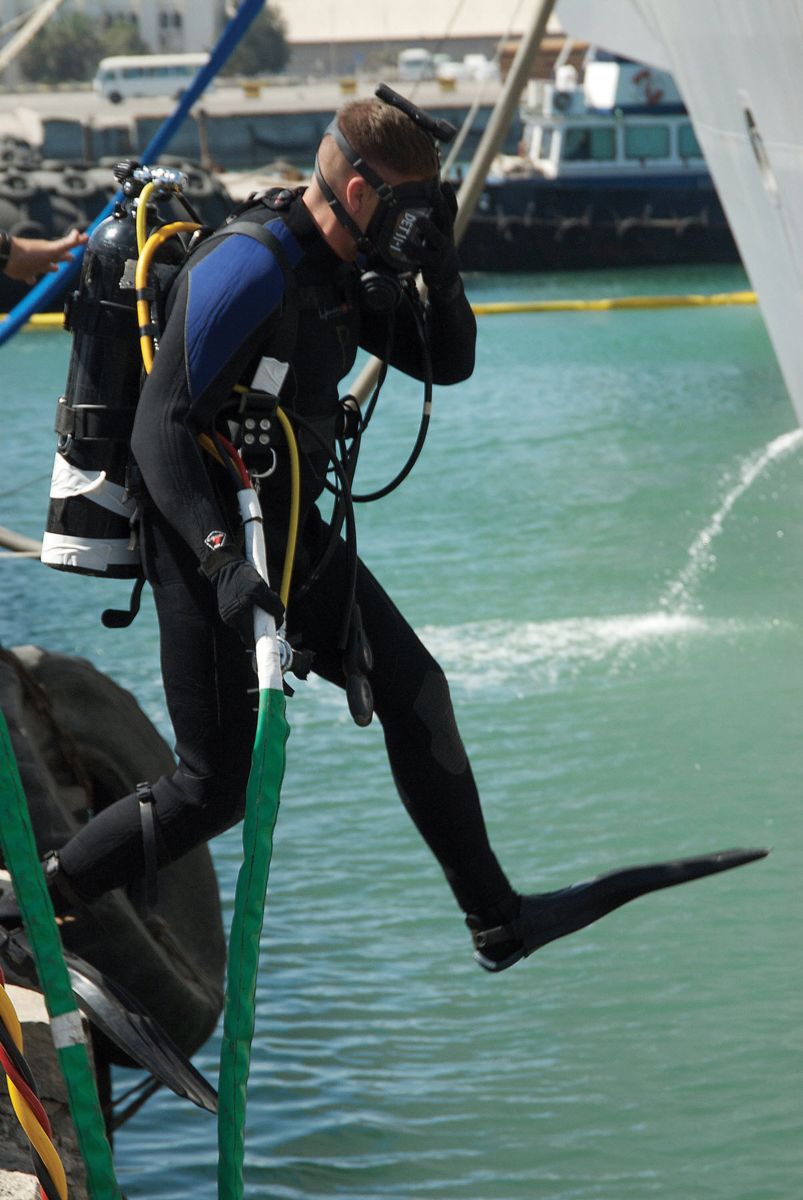 ​SEAL training was a great equalizer. Nothing mattered but your will to succeed. Not your color, not your ethnic background, not your education and not your social status. 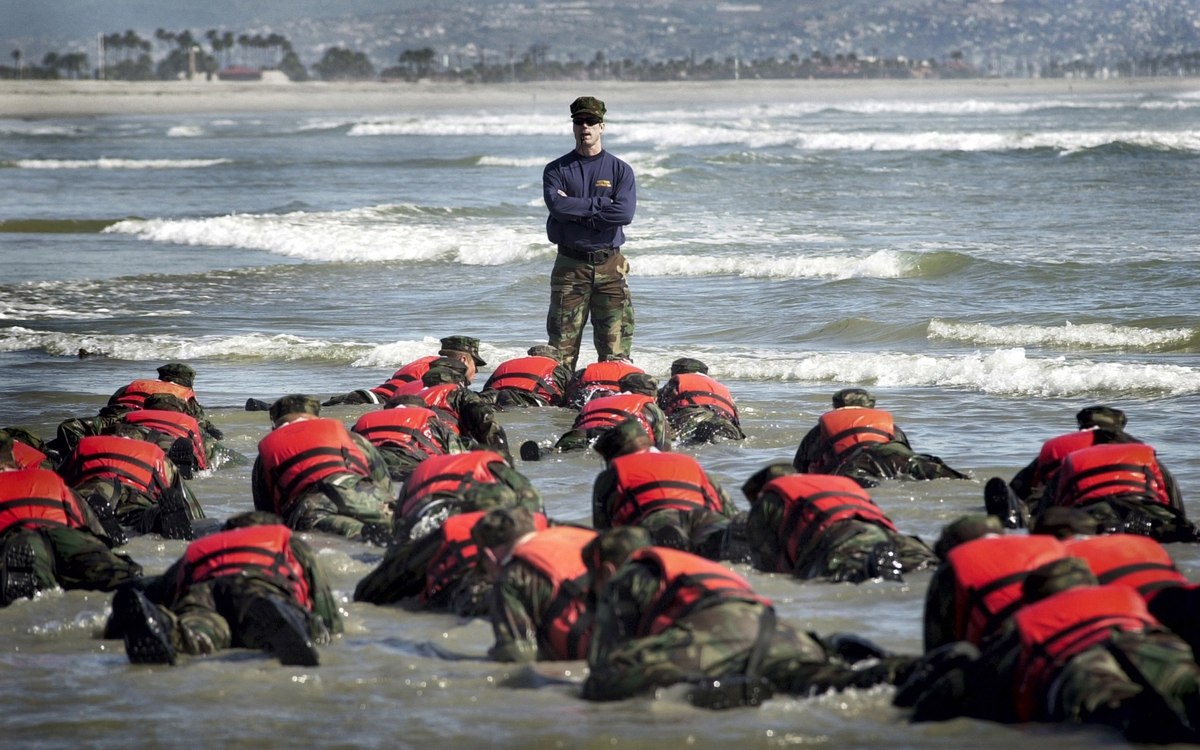 Get Over Being a Sugar Cookie and Keep Moving Forward

Several times a week, the instructors would line up the class and do a uniform inspection. It was exceptionally thorough. Your hat had to be perfectly starched, your uniform immaculately pressed and your belt buckle shiny and void of any smudges. But it seemed that no matter how much effort you put into starching your hat, or pressing your uniform or polishing your belt buckle — it just wasn't good enough. The instructors would find "something" wrong.

For failing the uniform inspection, the student had to run, fully clothed into the surf zone and then, wet from head to toe, roll around on the beach until every part of your body was covered with sand. The effect was known as a "sugar cookie." You stayed in that uniform the rest of the day — cold, wet and sandy. 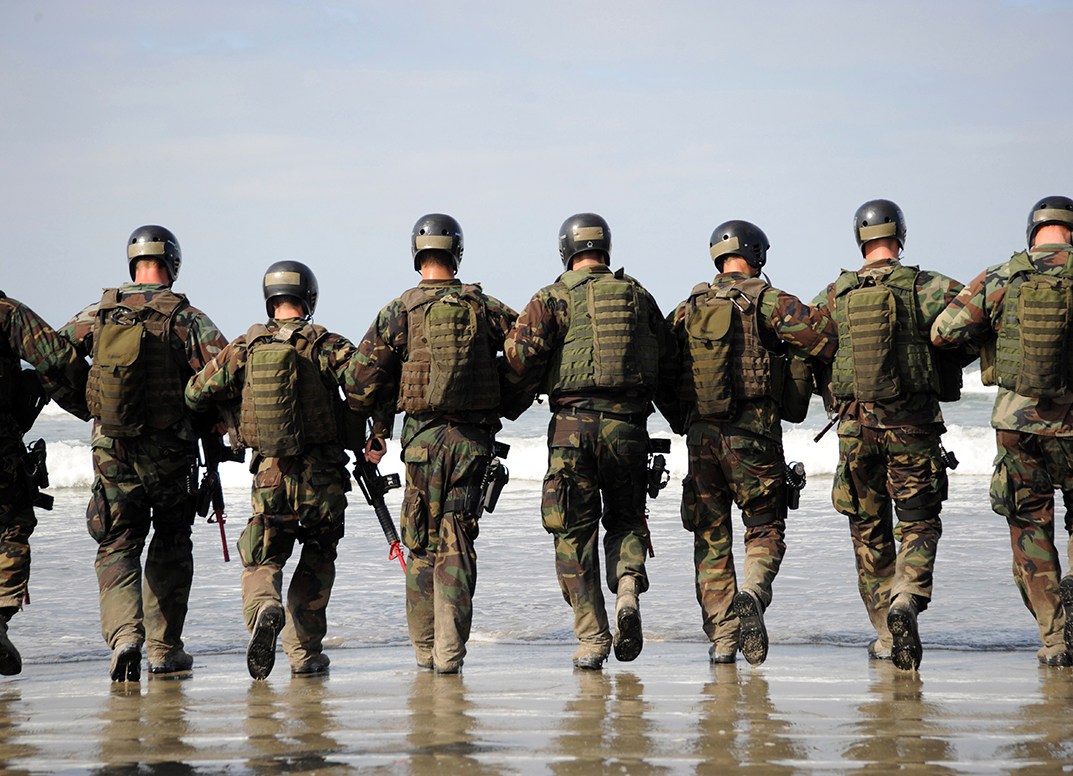 Don’t Be Afraid of the Circuses

Every day during training you were challenged with multiple physical events — long runs, long swims, obstacle courses, hours of calisthenics — something designed to test your mettle. Every event had standards — times you had to meet. If you failed to meet those standards your name was posted on a list, and at the end of the day those on the list were invited to a "circus."

No one wanted a circus.

A circus meant that for that day you didn't measure up. A circus was two hours of additional calisthenics designed to wear you down, to break your spirit, to force you to quit.A circus meant more fatigue — and more fatigue meant that the following day would be more difficult — and more circuses were likely. But at some time during SEAL training, everyone — everyone — made the circus list.

But an interesting thing happened to those who were constantly on the list. Over time those students — who did two hours of extra calisthenics — got stronger and stronger. The pain of the circuses built inner strength, built physical resiliency.
Life is filled with circuses. You will fail. You will likely fail often. It will be painful. It will be discouraging. At times it will test you to your very core.

But if you want to change the world, don't be afraid of the circuses.
​ 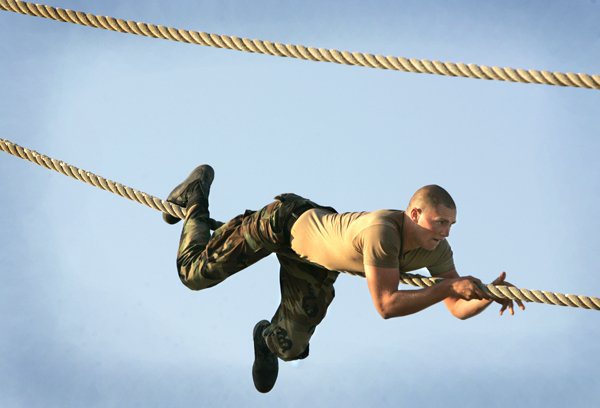 Slide Down the Obstacle Head First

At least twice a week, the trainees were required to run the obstacle course. The obstacle course contained 25 obstacles including a 10-foot high wall, a 30-foot cargo net and a barbed wire crawl, to name a few. But the most challenging obstacle was the slide for life. It had a three-level 30-foot tower at one end and a one-level tower at the other. In between was a 200-foot-long rope. You had to climb the three-tiered tower and once at the top, you grabbed the rope, swung underneath the rope and pulled yourself hand over hand until you got to the other end.

The record for the obstacle course had stood for years when my class began training in 1977. The record seemed unbeatable, until one day, a student decided to go down the slide for life head first. Instead of swinging his body underneath the rope and inching his way down, he bravely mounted the TOP of the rope and thrust himself forward.
It was a dangerous move — seemingly foolish, and fraught with risk. Failure could mean injury and being dropped from the training. Without hesitation the student slid down the rope perilously fast. Instead of several minutes, it only took him half that time and by the end of the course he had broken the record.

If you want to change the world sometimes you have to slide down the obstacle head first.
​ 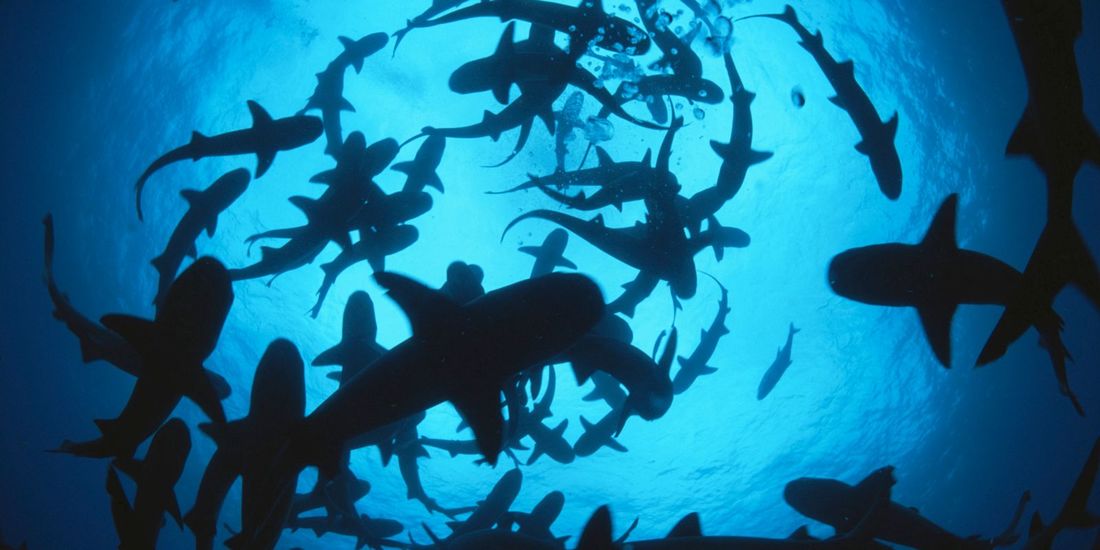 Don’t Back Down from the Sharks

To pass SEAL training there are a series of long swims that must be completed. One is the night swim.

Before the swim the instructors joyfully brief the trainees on all the species of sharks that inhabit the waters off San Clemente. They assure you, however, that no student has ever been eaten by a shark — at least not recently. But, you are also taught that if a shark begins to circle your position — stand your ground. Do not swim away. Do not act afraid. And if the shark, hungry for a midnight snack, darts towards you — then summon up all your strength and punch him in the snout, and he will turn and swim away.
There are a lot of sharks in the world. If you hope to complete the swim you will have to deal with them.
​
So, if you want to change the world, don't back down from the sharks.​ 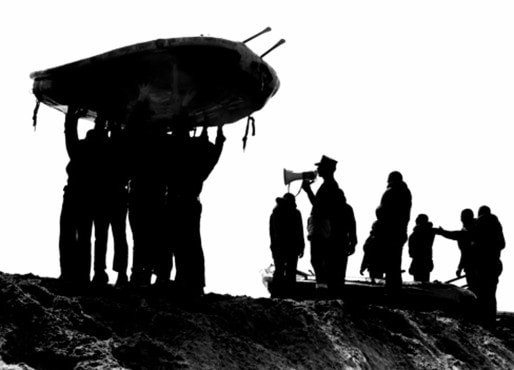 Be Your Very Best in the Darkest Moment

In a crisis, we have two options: We can either crumble under the stress of what is happening and start blaming others around us, or we can choose to overcome and recreate a life that we are proud to call our own. Every SEAL knows that the darkest moment of the mission is the time when you must be calm, composed — when all your tactical skills, your physical power and all your inner strength must be brought to bear.
If you want to change the world, you must be your very best in the darkest moment. 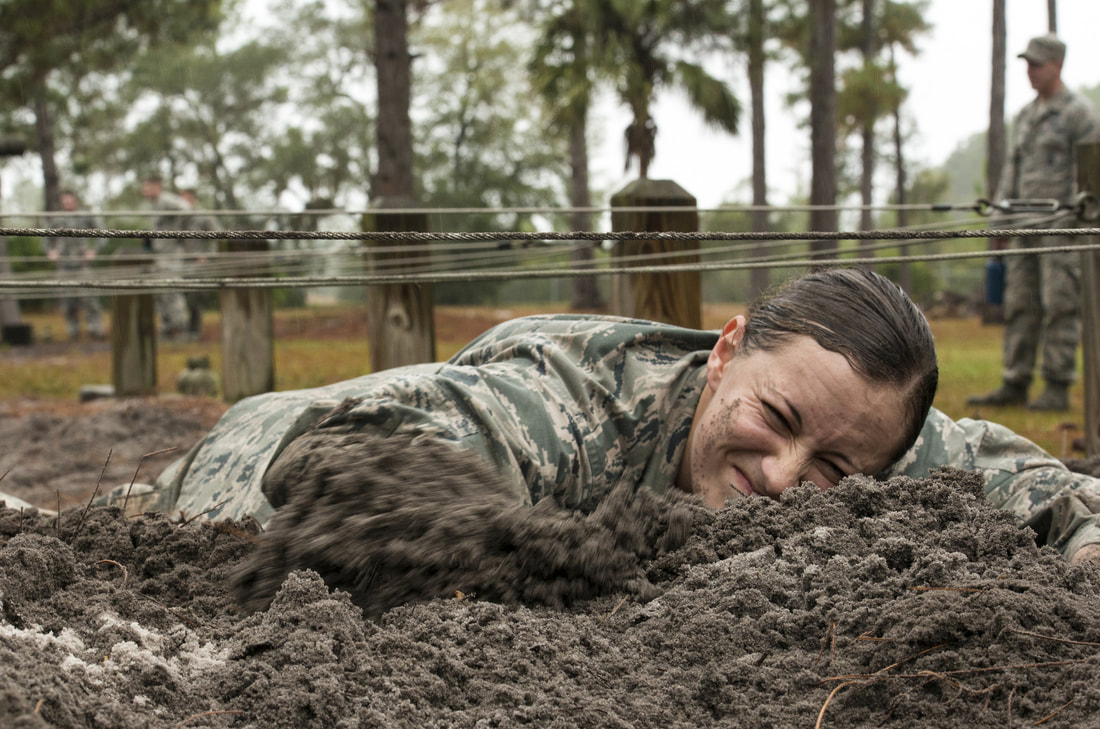 Start Singing When You’re Up to Your Neck in Mud

The Mud Flats are an area between San Diego and Tijuana where the water runs off and creates the Tijuana slues, a swampy patch of terrain where the mud will engulf you.
SEAL candidates paddle down to the mud flats and spend the next 15 hours trying to survive the freezing cold mud, the howling wind and the incessant pressure to quit from the instructors. As the sun began to set my training class, having committed some "egregious infraction of the rules" was ordered into the mud.

The mud consumed each man till there was nothing visible but our heads. The instructors told us we could leave the mud if only five men would quit — just five men — and we could get out of the oppressive cold. Looking around the mud flat it was apparent that some students were about to give up. It was still over eight hours till the sun came up — eight more hours of bone-chilling cold.

The chattering teeth of the trainees were so loud it was hard to hear anything. And then, one voice began to echo through the night, one voice raised in song. The song was terribly out of tune, but sung with great enthusiasm. One voice became two and two became three and before long everyone in the class was singing. We knew that if one man could rise above the misery then others could as well.
​
The instructors threatened us with more time in the mud if we kept up the singing but the singing persisted. And somehow the mud seemed a little warmer, the wind a little tamer and the dawn not so far away.

So, if you want to change the world, start singing when you're up to your neck in mud.
​ 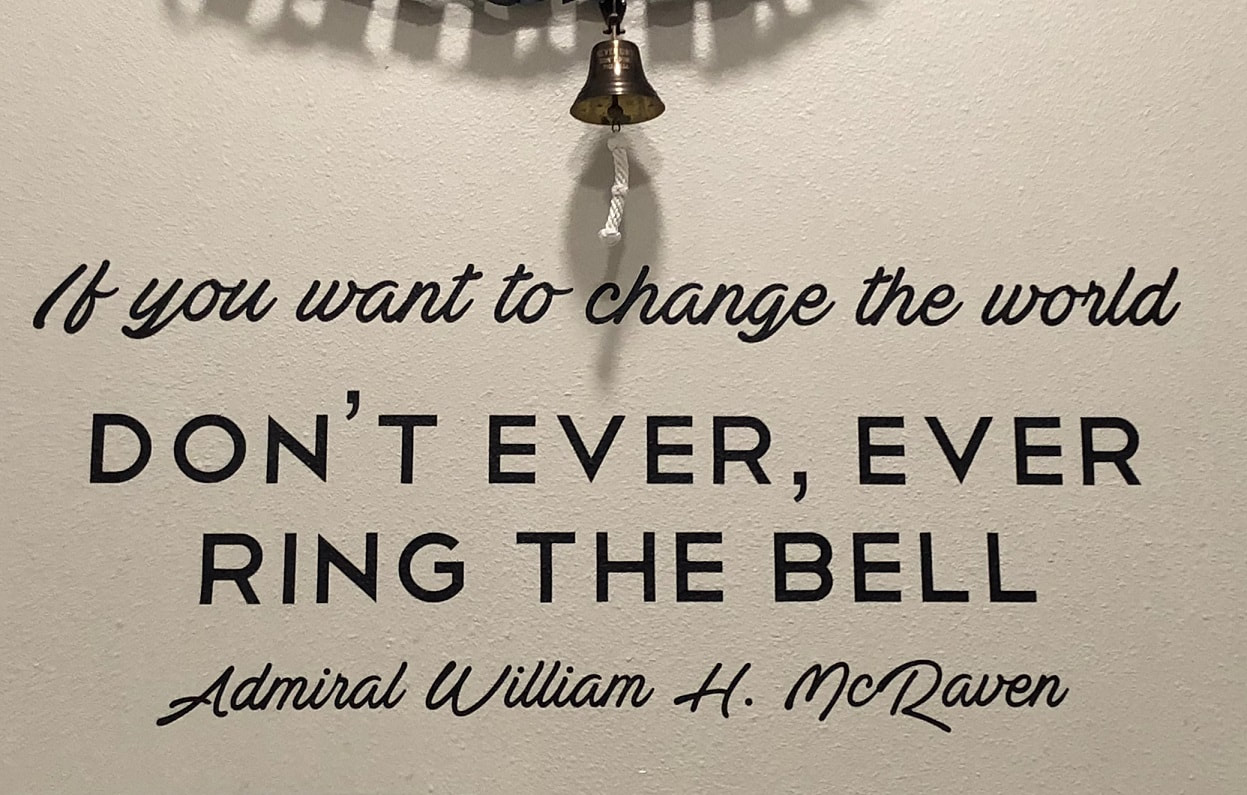 Don’t Ever, Ever Ring the Bell! 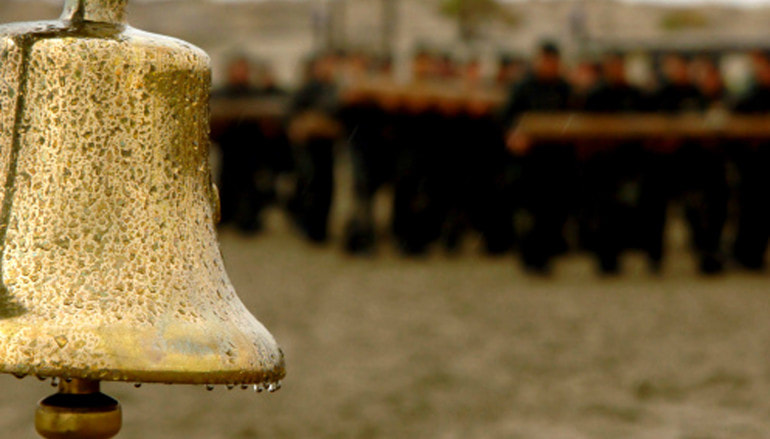 If you want to change the world don't ever, ever ring the bell.