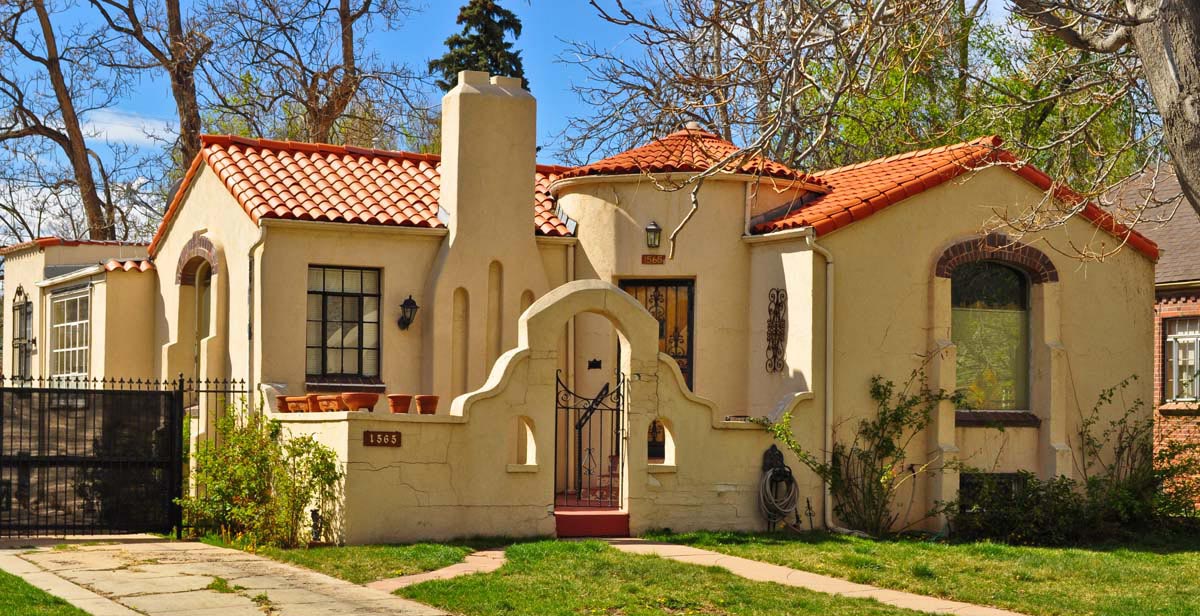 Mission Revival style—also called California Mission or simply Mission takes its character from the Spanish Franciscan mission churches of the Southwestern US. It is especially well adapted to warm climate areas like California and the deserts. Its popularity was fueled by the success of Arthur Page Brown's California State Building shown at the 1893 World's Columbian Exposition. The style was subsequently adopted by Santa Fe Railway for its train stations. Other creative boosters sought to distinguish Southwestern regional architecture by creating Mission style resorts and public buildings for tourists. Originating in the West, Mission style was popular from about 1900 to 1940. Though most popular in California and the desert Southwest, the style diffused from West to East instead of vice versa with many fine examples occurring throughout the country.
The style is quite simple with covered archways and half-rounded windows, smooth stucco walls that mimic the adobe walls of the Spanish missions, and flat or shallow sloped tile roofs. Towers and roof parapets are often found, Extended roofs may form covered arcades with large square pillars or columns—a feature that allows building interiors to remain relatively cool in hot climates.

Massey, James C., and Shirley Maxwell. House Styles in America: The Old-house Journal Guide to the