We use simple machines because they make work easier. The scientific definition of work is the amount of force that is applied to an object multiplied by the distance the object is moved. Thus, work consists of force and distance. Each job takes a specific amount of work to finish it, and this number does not change. Thus, the force times the distance always equals the same amount of work. This means that if you move something a smaller distance you need to exert a greater force. On the other hand, if you want to exert less force, you need to move it over a greater distance. This is the force and distance trade off, or mechanical advantage, which is common to all simple machines. With mechanical advantage, the longer a job takes, the less force you need to use throughout the job. Most of the time, we feel that a task is hard because it requires us to use a lot of force. Therefore, using the trade off between distance and force can make our task much easier to complete.

Mechanical advantage means we can use less force to move an object, but we have to move it a longer distance. A good example is pushing a heavy object up a ramp. A ramp is an example of the simple machine called an inclined plane. It may be easier to push the object up a ramp instead of just lifting it up to the right height, but it takes a longer distance. We are going to learn a lot more about each of these six simple machines that are a simple solution to helping engineers, and all humans, do hard work. 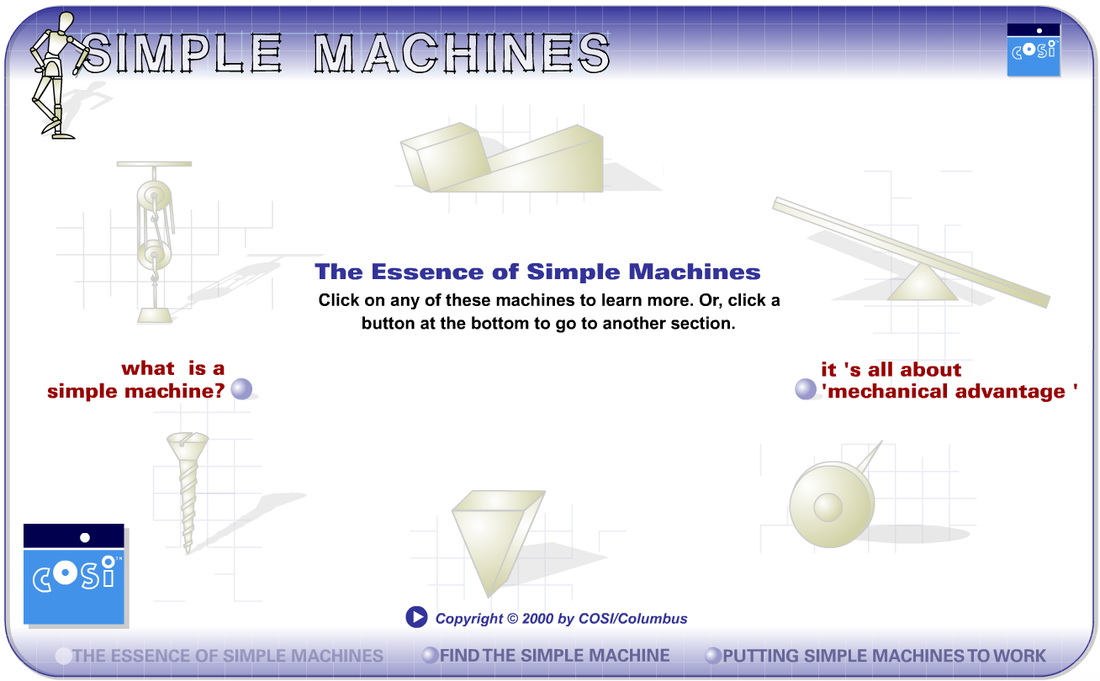