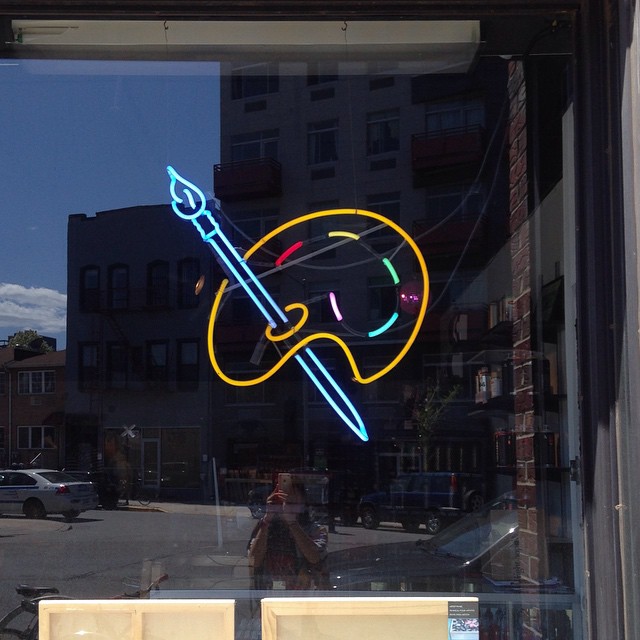 “Drawing is a way of seeing what you’re thinking about.”
--Ken Price, American Artist 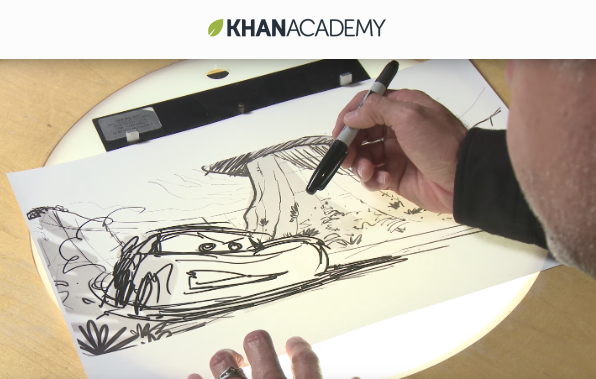 The ability to represent the spatial world internally in your mind and record impressions of the world in visual ways.
These students tend to think in pictures and need to create vivid mental images to retain information. They enjoy looking at maps, charts, pictures, videos, and movies. 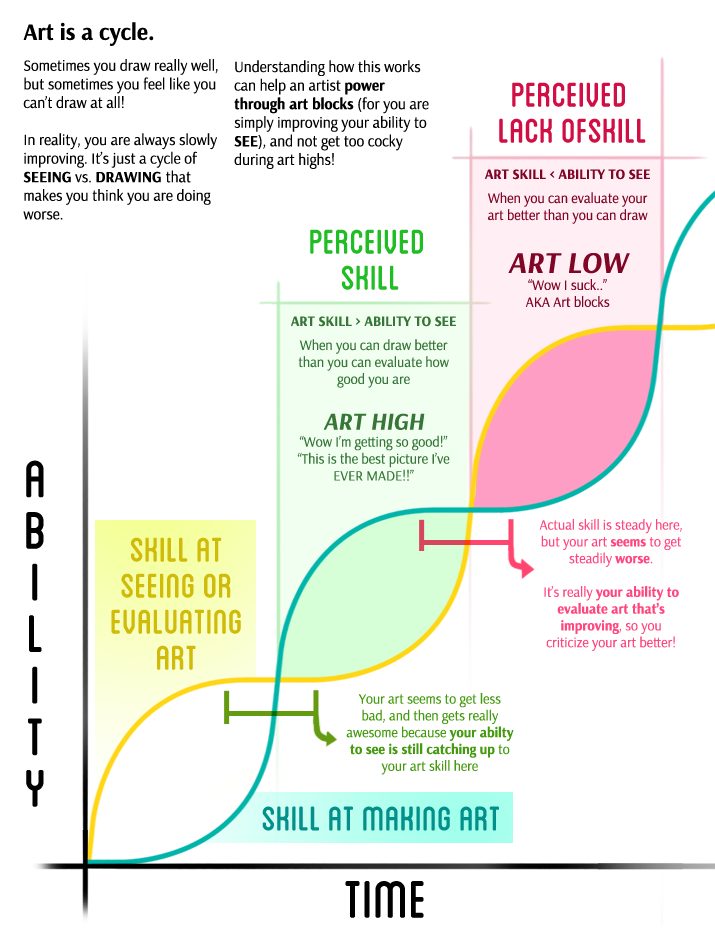 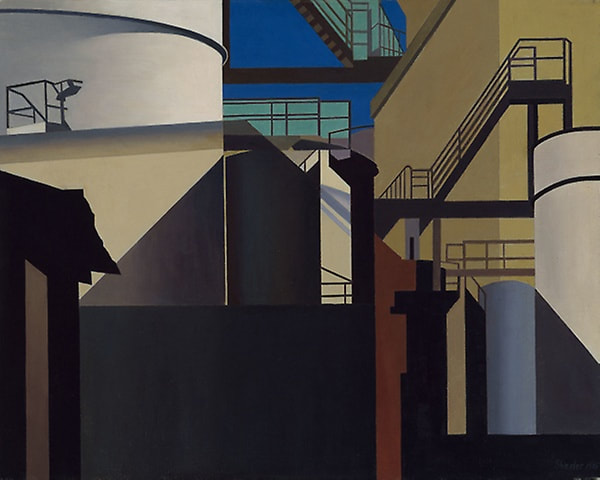 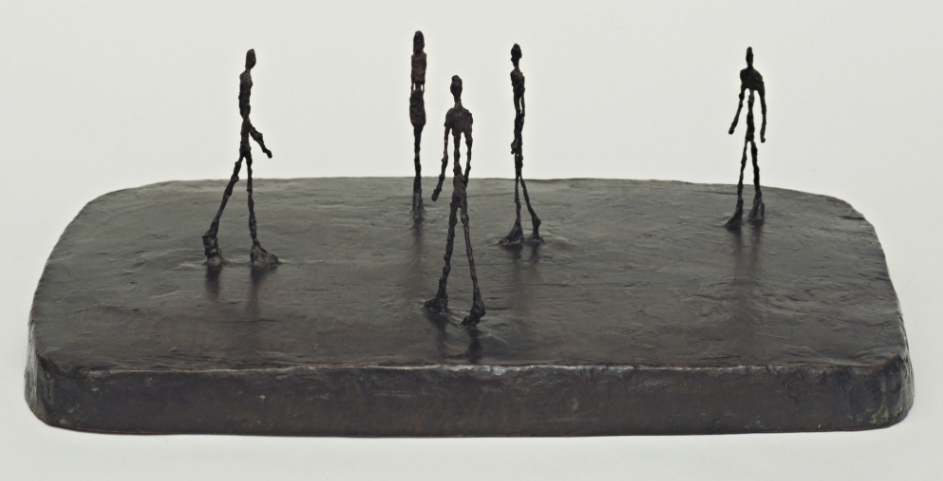 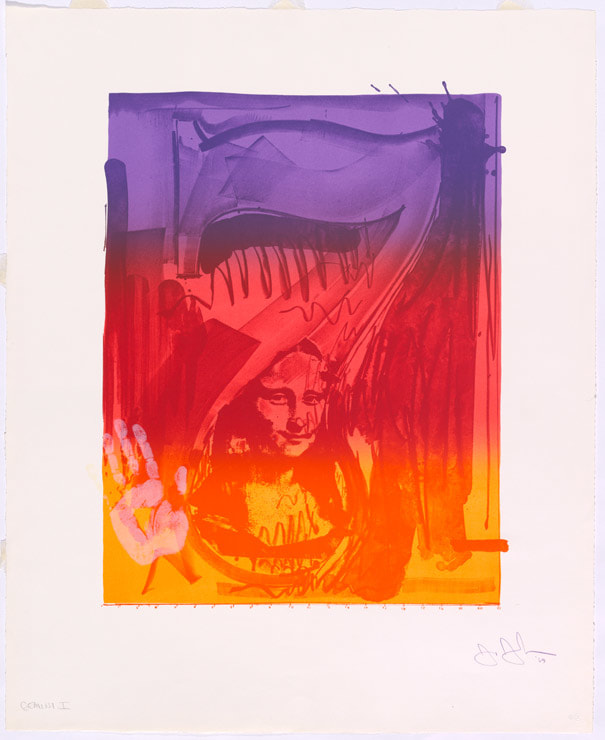 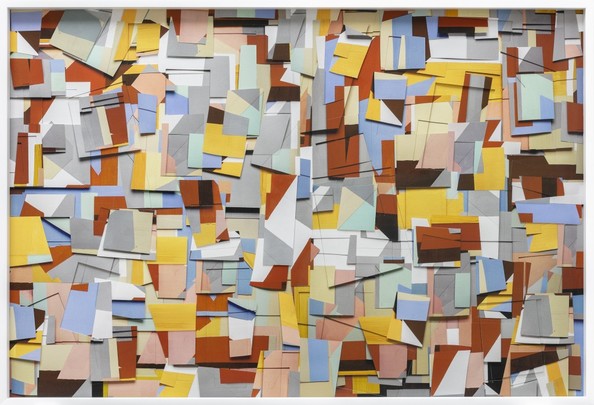 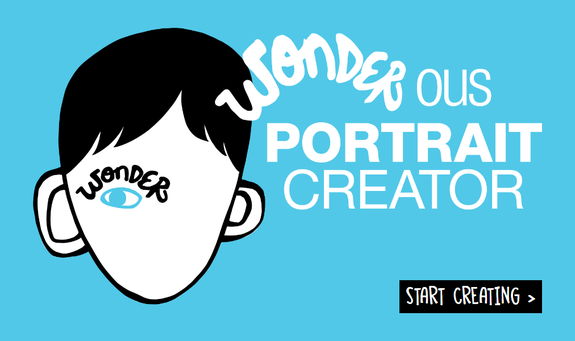 Animation: Playing with Space and Time

For an object to appear in motion, it necessarily has to change in position over time. If time passes and no change in position occurs, the object will appear to be still. This relationship between the passage of time and the amount of change that occurs in that time is at the heart of every time-based art form, be it music, dance, or motion pictures. Manipulating the speed and amount of change between the frames is the secret alchemy that gives animation the ability to convey the illusion of life.

In animation, there are two fundamental principles we use to do this: timing and spacing. To illustrate the relationship between them, we’ll use a timeless example: the bouncing ball. One way to think about timing is that it’s the speed, or tempo, at which an action takes place. We determine the speed of an action by how many pictures, or frames, it takes to happen. The more frames something takes to happen, the more time it spends on screen, so the slower the action will be. The fewer frames something takes to happen, the less screen time it takes, which gives us faster action.

So, here’s a bouncing ball, bouncing up and down with a simple cycle of drawings. Let’s say it takes about a second to hit the ground and come back up again. This is our timing. Our spacing is where we position the circle in the frames between point A and point B. If we were to move our ball in evenly-spaced increments, we’d get something like the ball on the right. It’s not really telling us anything about itself. Is it a bouncing ball or a circle on an elevator?When a ball bounces in real life, following each impact with the ground, the ball’s upward momentum is eventually overcome by gravity. This happens at the peak of each arc. As things change direction, the motion is slowest. We see here the successive positions of the ball are close together. The ball on the left, then, speeds up as it falls, and is at its fastest when it’s approaching and hitting the ground. We can see here each position is further apart. The change in position between frames is the spacing. The smaller the change, the slower the action will appear. The greater the change, the faster it will appear. For an action to decelerate, each change in position must be less than the change before it. Likewise, for an action to speed up, or accelerate, each successive change must be greater. Simply by adjusting the spacing, we’ve succeeded in suggesting the forces of momentum and gravity at play and achieved a much more realistic motion. Same timing but different spacing gives us vastly different results. 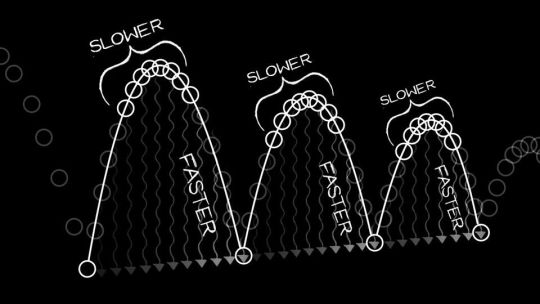 Animation is a time-based art form. It may incorporate the aesthetic elements of other graphic arts, like illustration or painting, but what sets animation apart is that, here, what you see is less important that what you don’t see. An object’s superficial appearance only tells us so much about itself. It’s only when it’s in motion that we really understand its nature.