Matter Matters:
brick, wood, stone, concrete, glass, steel, etc.
While choice of building material throughout history has often been dependent upon the local geography and ecosystem, choices the patron (person paying for the structure to be built) and architect make about the "stuff" used to construct a building influence people's reaction to it.

Materials in History and Architecture

Use of materials for shelter is humankind's way of responding to one of the challenges of the struggle for survival faced by all animals. In many ways, our effective use of materials is what has allowed us to build civilizations expressed through our homes, settlements, villages, and cities.
The importance of materials we use and ways we shape and combine them is apparent from the names archaeologists and anthropologists use to classify stages of civilization: the Stone Age, Bronze Age, Iron Age. The 21st century was hailed as the Silicon Age, after the technology of the computer chip and the information revolution, but this idea competes with many new materials which may revolutionize our way of life. The materials themselves are often overlooked in everyday life despite being all around us.
Designers and architects use different materials based on engineering considerations, but also remain aware of the sensory responses different materials create in the minds of the people who will live and work in the structures they create. 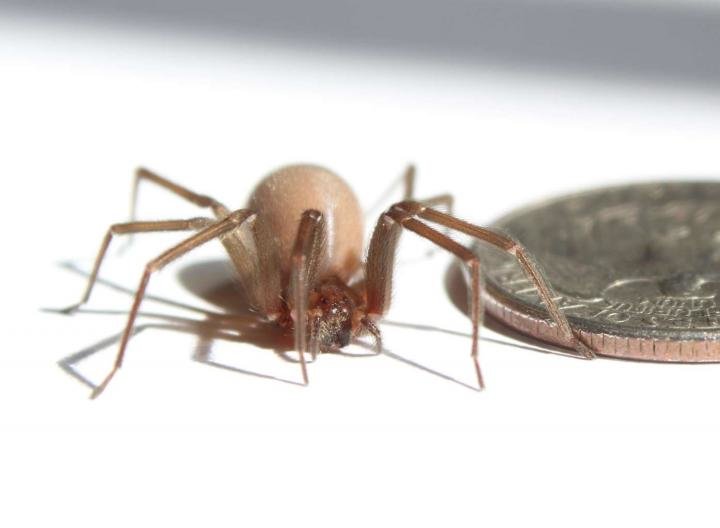 The unique spinning technique used by the venomous American brown recluse spider could inspire scientific developments and improve materials used in space travel, suggest scientists.
One of the most feared and venomous arachnids in the world, the American brown recluse spider has long been known for its signature necro-toxic venom, as well as its unusual silk. Now, new research offers an explanation for how the spider is able to make its silk uncommonly strong.
Researchers suggest that if applied to synthetic materials, the technique could inspire scientific developments and improve impact absorbing structures used in space travel.
The study, published in the journal Material Horizons, was produced by scientists from Oxford University's Department of Zoology, together with a team from the Applied Science Department at Virginia's College of William & Mary. Their surveillance of the brown recluse spider's spinning behaviour shows how, and to what extent, the spider manages to strengthen the silk it makes.
From observing the arachnid, the team discovered that unlike other spiders, who produce round ribbons of thread, recluse silk is thin and flat. This structural difference is key to the thread's strength, providing the flexibility needed to prevent premature breakage and withstand the knots created during spinning which give each strand additional strength.
Professor Hannes Schniepp from William & Mary explains: "The theory of knots adding strength is well proven. But adding loops to synthetic filaments always seems to lead to premature fibre failure. Observation of the recluse spider provided the breakthrough solution; unlike all spiders its silk is not round, but a thin, nano-scale flat ribbon. The ribbon shape adds the flexibility needed to prevent premature failure, so that all the microloops can provide additional strength to the strand."
By using computer simulations to apply this technique to synthetic fibres, the team were able to test and prove that adding even a single loop significantly enhances the strength of the material.
William & Mary PhD student Sean Koebley adds: "We were able to prove that adding even a single loop significantly enhances the toughness of a simple synthetic sticky tape. Our observations open the door to new fibre technology inspired by the brown recluse."
Speaking on how the recluse's technique could be applied more broadly in the future, Professor Fritz Vollrath, of the Department of Zoology at Oxford University, expands: "Computer simulations demonstrate that fibres with many loops would be much, much tougher than those without loops. This right away suggests possible applications. For example carbon filaments could be looped to make them less brittle, and thus allow their use in novel impact absorbing structures. One example would be spider-like webs of carbon-filaments floating in outer space, to capture the drifting space debris that endangers astronaut lives' and satellite integrity."