Cultivating Ourselves
by​ Italo Calvino 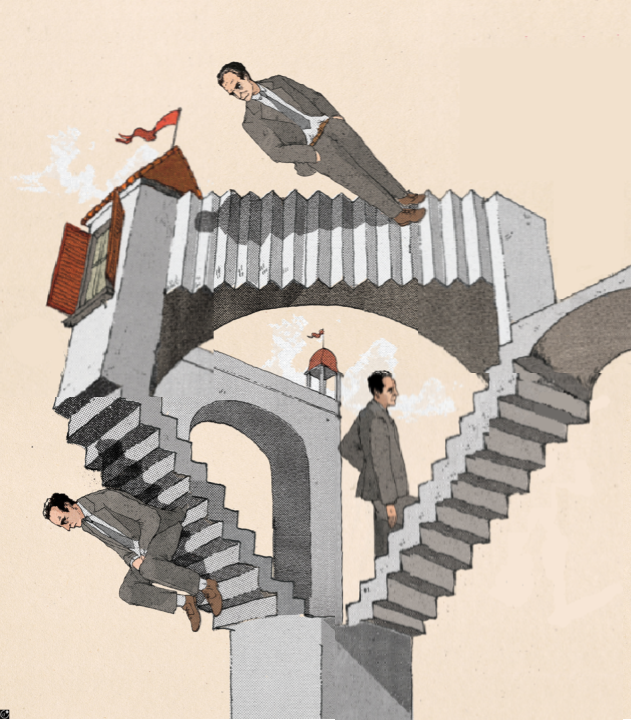 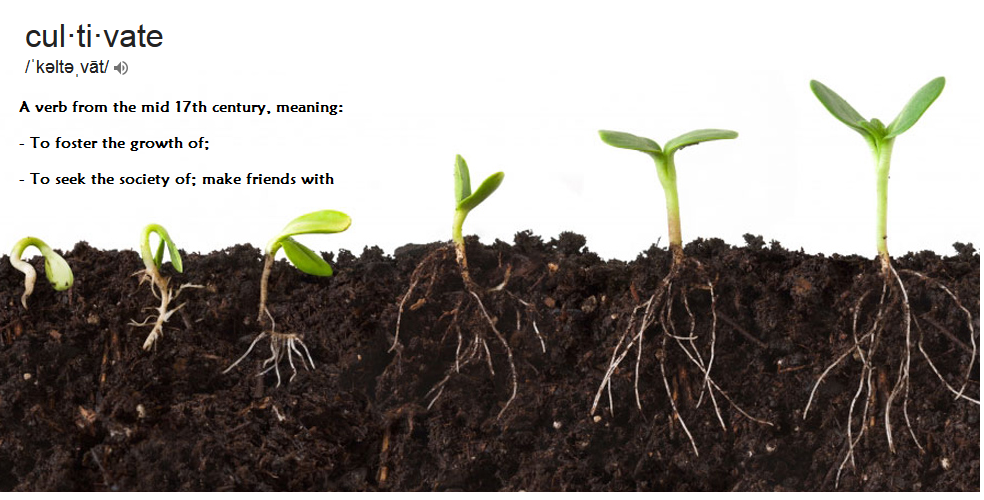 The classical idea of cultura anime--the cultivation of our animating spirit--is an imperative. We must rise above our impulses and physical sensation. It is what we are discussing when we engage in "culture." It requires courage . . .

Courage is the ability to conquer not others, but yourself; the courage to be wise and just, the courage to cultivate your soul. Whoever does not do this is not free, and life without freedom, an empty and accommodating life, is meaningless.--Socrates, quoted by Plato in Laches

A cultivated life helps us avoid the unexamined lives described in the Cassandric visions of Tocqueville and Valéry and that we see surrounding us: 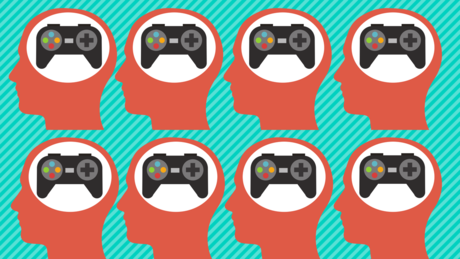 ​They revolve upon themselves without repose to procure the small and vulgar pleasures with which they fill their souls. Each of them, withdrawn and apart, is like a stranger to the destiny of others. They act only to ensure their enjoyments.--Alexis De Tocqueville 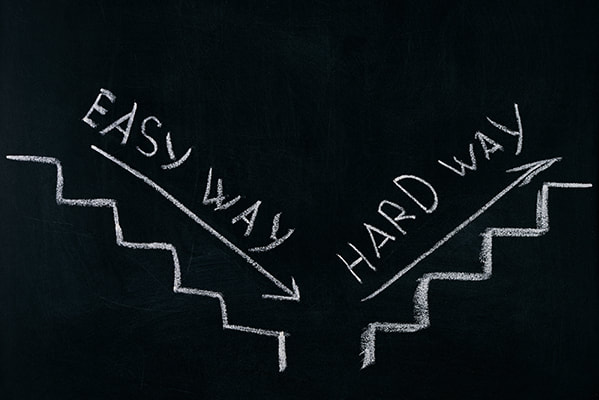 ​Life must always be easy, entertainments abundant. Exertion is unnecessary, and estimates of one’s own production self-gratifying. Listening, critically evaluating one’s own efforts, and considering others is unnecessary.  Unpracticed in, and not tempted to learn the language of reason, one knows just one language--that of the body and its sensations and impulses. One lives vacillating between passivity and restlessness, eschewing experience and attention, deferring to custom, routine, and empty repetitive action.--Ambroise Paul Toussaint Jules Valéry
​ 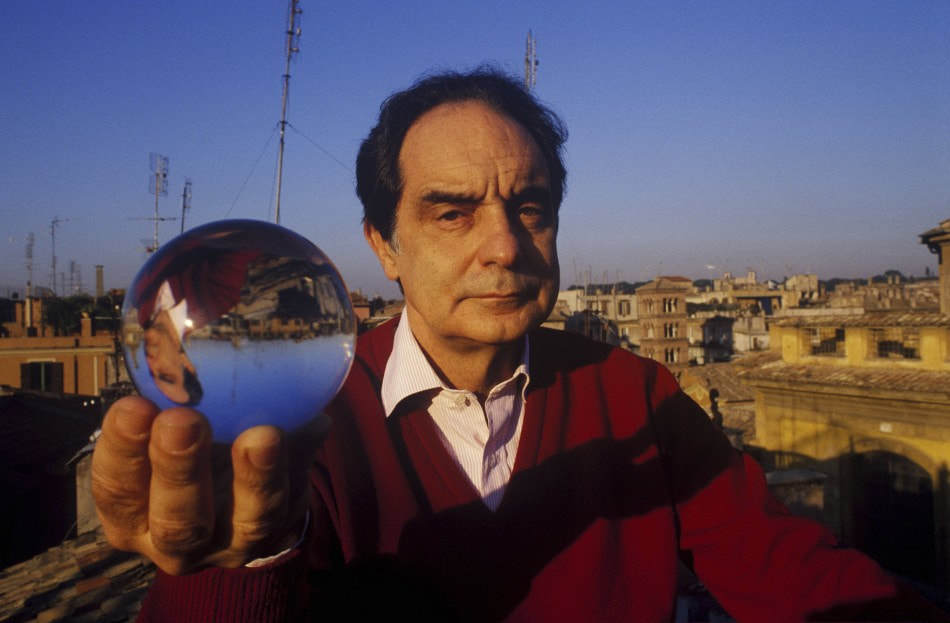 By cultivating ourselves we can look ahead, imagine possibilities, and go beyond the present moment. In addition, we can break free of ourselves, imagine ourselves in the place of others. Our true identity is not in the way we differ from others, but precisely in what connects us to our fellows--the universal capacity to live in truth, act in goodness and the right, and create beauty. We do this through the qualities of lightness, quickness, exactitude, visibility, and multiplicity.--Italo Calvino
​

In the infinite universe of literature there are always other avenues to explore, some brand-new and some exceedingly ancient, styles and forms that can change our image of the world. Lucretius’s De rerum natura is the first great poetic work in which knowledge of the world leads to a dissolution of the world’s solidity and to a perception of that which is infinitely small and nimble and light. Lucretius writes a poem of matter, but he warns us from the start that the reality of matter is that it’s made of invisible particles.


If I had to choose an auspicious sign for the approach of the new millennium, I would choose this: in the study of modern technology and physics, we keep encountering things beyond atoms that are distinguished by three qualities:

That can be us!--Italo Calvino 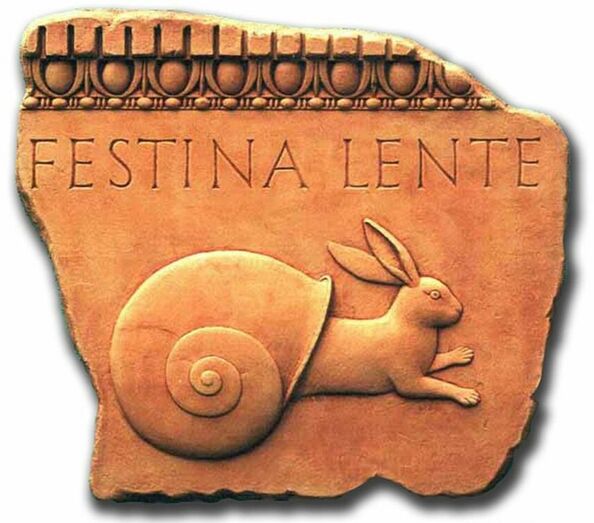 In my youth I chose as my motto the ancient Latin maxim festina lente—make haste slowly. Fast thinking is not necessarily better than considered thinking—far from it.  In my fondness for adventure stories and fairy tales, I have always sought something like an inner energy, a motion of the mind, resting on a solid foundation. My work as a writer has aimed to follow the lightning-fast course of Mercury while building with the deliberation of Vulcan.


Mercury, with wings on his feet, light and airborne, clever and nimble and adaptable and casual, establishes relations between one god and another as well as relations between gods and men, between universal laws and individual cases, between natural forces and cultural forms, between all the world’s objects and all its thinking subjects. What better patron could I choose for my literary proposal?

Vulcan, who doesn’t roam the skies but rather holes up in craters, working tirelessly in his smithy to forge objects of great refinement—jewels and ornaments for the gods and goddesses, weapons, shields, nets, traps. In contrast to the soaring flight of Mercury, Vulcan offers his halting gait and his rhythmic hammer.


Vulcan’s concentration and craftsmanship are necessary in order to write about Mercury’s adventures and transformations. Mercury’s mobility and swiftness are needed to imbue Vulcan’s endless labors with meaning and to shape the shapeless minerals into the attributes of the gods: lyres or tridents, spears or diadems.

A writer’s labor involves keeping track of different times: Mercury’s time and Vulcan’s time; a message of spontaneity obtained by means of patient, meticulous adjustments; a flash of insight that immediately takes on the finality of that which was inevitable; and also time that flows for no reason other than to allow feelings and thoughts to settle and ripen, unfettered by any impatience, any fleeting attention.--Italo Calvino

Exactitude means above all three things: a well-defined, well-considered design for the work; the evocation of clear, sharp, memorable images (in Italian we have an adjective that doesn’t exist in English: icastico, from the Greek εìκαστικóς); a language that is as precise as possible in its choice of words and in its expression of the nuances of thought and imagination.

Italian is, I believe, the only language in which the word for “vague” (vago) also means charming, attractive; having originally meant “wandering,” it still carries with it a feeling of movement and mutability, which in Italian suggests not only uncertainty and indeterminacy but also grace and pleasure.

The crystal, with its precise facets and its ability to refract light, is a model of perfection that I’ve always taken as an emblem, and its appeal became even stronger for me when it was discovered that certain aspects of the birth and growth of crystals resemble those of rudimentary biological creatures, making crystals a sort of bridge between the mineral world and living matter.

Recently, in one of the scientific books I sometimes flip through in an effort to spur my imagination, I happened to read that the models for the formation process of living creatures are the crystal on the one side (invariance of specific structures) and the flame on the other (constancy of external forms in spite of relentless internal agitation). The contrasting images of flame and crystal are used to illustrate the alternatives offered to biology, before moving on from there to theories of “order from noise”—the flame—and  the “self-organizing system”—the crystal.

​Recently, in one of the scientific books I sometimes flip through in an effort to spur my imagination, I happened to read that the models for the formation process of living creatures are the crystal on the one side (invariance of specific structures) and the flame on the other (constancy of external forms in spite of relentless internal agitation). The contrasting images of flame and crystal are used to illustrate the alternatives offered to biology, before moving on from there to theories of “order from noise”—the flame—and  the “self-organizing system”—the crystal.

Crystal and flame, two forms of perfect beauty that rivet the gaze, two modes of growth over time, of use of surrounding material, two moral symbols, two absolutes, two categories for classifying facts and ideas and styles and feelings.

I’ve always been a partisan of crystals, but I acknowledge the value of flame as a way of being, as a form of existence. Similarly, I would hope that the followers of flame won’t forget the calm, difficult lesson of crystals.--Italo Calvino 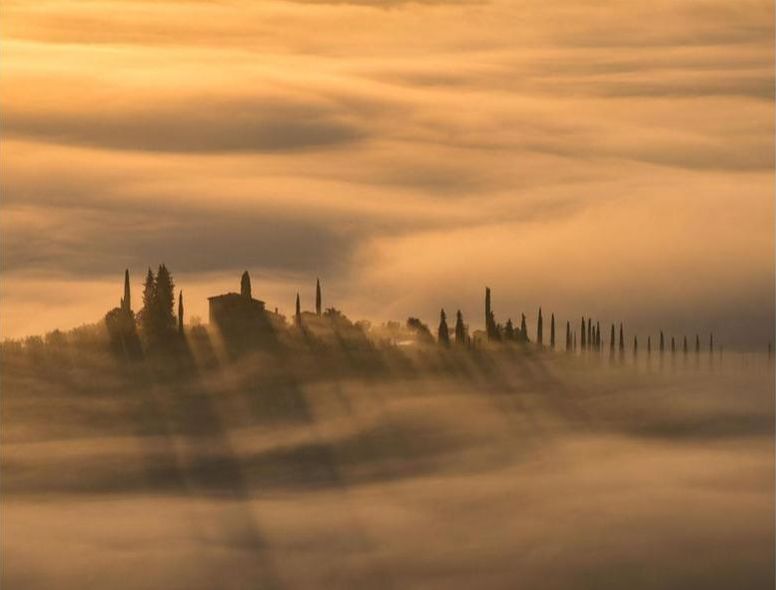 The first process is the most common in reading; when we read, for example, a scene in a novel or a story in a newspaper, we are led (to a greater or lesser degree, depending on how effective the text is) to see the scene, or at least those fragments and details of it that emerge from the indistinct, as if it were unfolding before our eyes.

​With movies, the image we see on the screen was also filtered through a written text, then “visualized” by the director, then physically reconstructed on the set before being definitively fixed in the frames of the film. A film is therefore the result of a series of stages, physical and nonphysical, through which the images take shape.--Italo Calvino
​ 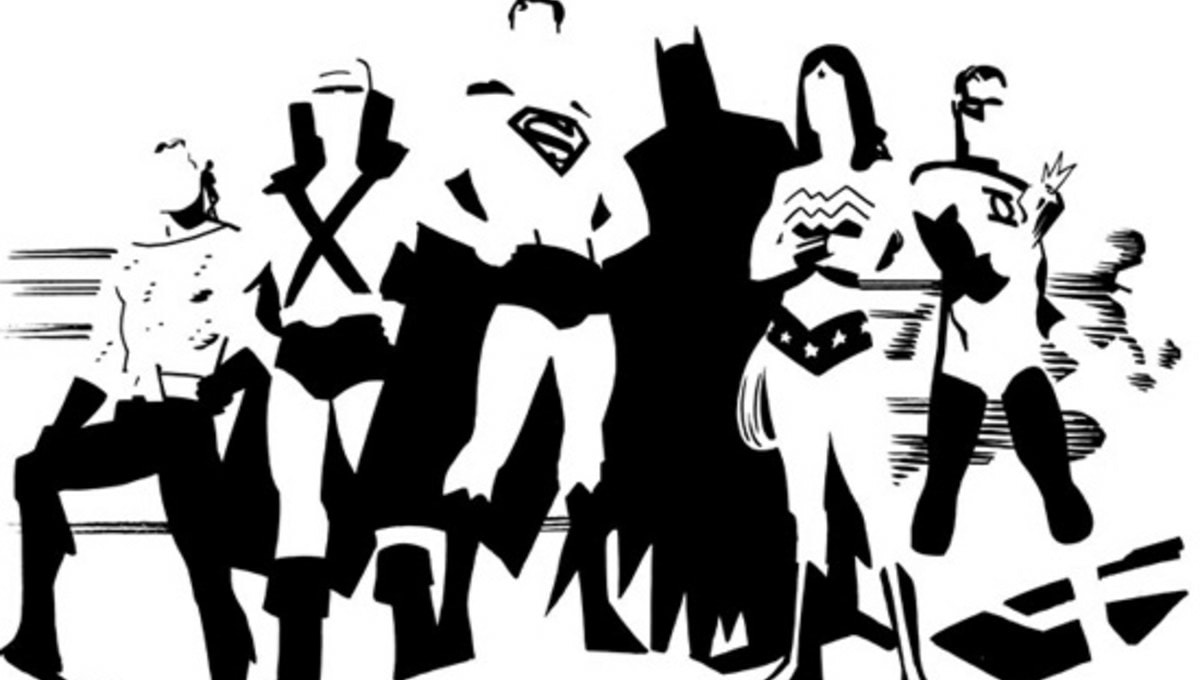 The literature professor and the scientist together both see the world as a “system of systems” in which each individual system conditions the others and is conditioned by them.

Carlo Emilio Gadda tried all his life to represent the world as a tangle or jumble or ball of yarn, to represent it without in any way diminishing the essential complexity of it or, to put it better, the simultaneous presence in it of very disparate elements that converge to determine each event.

Overly ambitious projects may be objectionable in many fields of endeavor, but not in art. Art can survive only by pursuing outsized goals, even those beyond all hope of achievement. Only if poets and writers and artists set themselves tasks that no one else dares to imagine will art continue to serve a purpose. As science begins to mistrust general explanations and solutions that are not narrow or specialized, the great challenge for artists will be to learn to weave together different kinds of knowledge and different codes into a pluralistic, multifaceted vision of the world.

​Who are we, who is each of us, if not a combinatorics of experiences, of information, of things we have read and imagined? Every life is an encyclopedia, a library, an inventory of objects, a pattern book of styles, in which everything can be constantly remixed and rearranged in every possible fashion.--Italo Calvino 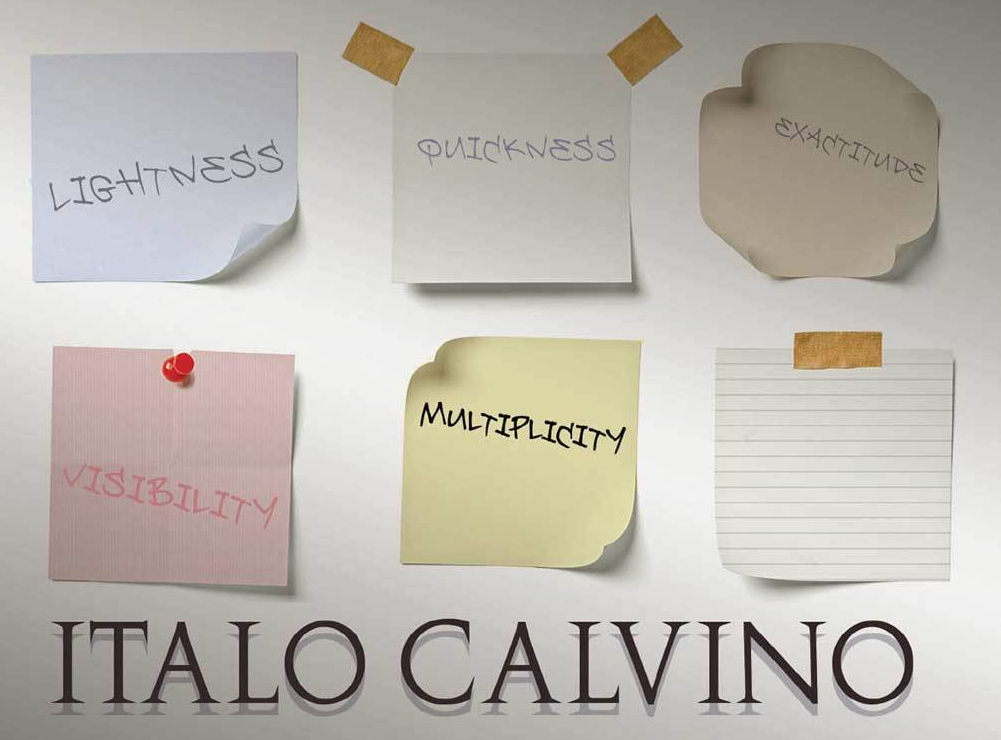