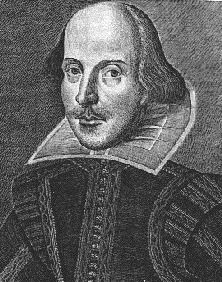 ​Not only do Shakespeare’s plays themselves contain the finest writing of the past 450 years, but most of the best novels, plays, poetry, and films in the English language produced since Shakespeare’s death in 1616—from Jane Austen to Charles Dickens, from Ulysses to The Godfather—are heavily influenced by Shakespeare’s stories, characters, language, and themes.

As Falstaff says in Henry IV, Part 2: I am not only witty in myself, but the cause that wit is in other men.

Shakespeare is not only creative in himself—he is the cause of creativity in others. 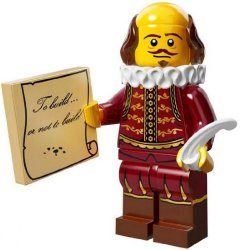 One of the mysteries of literature is how simple words on a page can get us thinking about our humanity across time and space: how a story written in the sixteenth century can be as inspiring and relevant as if it were written yesterday. Similarly, one of the mysteries of the theater is how words spoken on a stage can transport us to other worlds, convincing us that we are partaking of other lives playing out in front of us, all the while knowing that those lives are being portrayed by actors.

Like language itself, theater is always operating on two levels:

1. the level where we are convinced we are seeing what the play says we’re seeing, like a battle on a field in France, and

2. the level where we know full well that we are in a room called a theater watching five actors pretending to be a whole army. 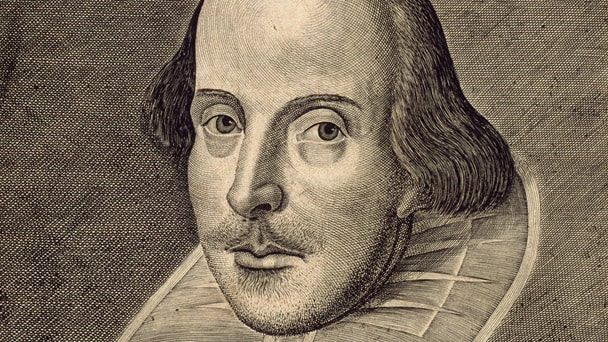 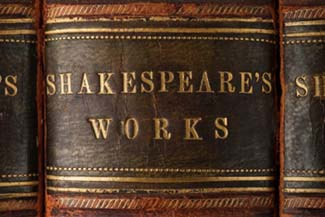 Memorization unlocks the whole world of Shakespeare in a unique way.

In order to memorize something, you have to be very specific and very honest with yourself.

You have to work slowly, and you have to understand every word of what you’re memorizing.

There was a time not long ago when memorization was considered to be one of the basic tools of an academic education. Students were expected to learn hundreds of lines from the Greek and Roman classics, then, later, from poetry in their native tongues. This tradition has faded from our lives, and something powerful has been lost.
​


​
How Do I Memorize It?
Shakespeare can be difficult to read, let alone memorize, without some help.

Shakespeare’s sentence structure often sounds odd to our ears. This is partly because Shakespeare wrote his plays more than four hundred years ago and partly because a substantial portion of his plays are in poetry. Thus he’s frequently saying things like "Conceal me what I am," instead of “Disguise me.”


Shakespeare frequently writes in metaphors. His mind was so lively and cunning, so profound and imaginative, that he was always telling us how something was like something else, and it often takes some effort to puzzle out his meaning.

Best Tip Ever: You’ll use it again and again during your study of Shakespeare.

USE THE NATURAL RHYTHM OF THE LINES TO HELP MEMORIZE THEM.

The thing to be aware of is that Shakespeare pulls linguistic tricks all the time to give the actor a sort of playbook on how to say his poetry aloud. He uses his vowels and consonants with enormous care, creating sounds that can slow you down, speed you up, make you pause at the right place, or add an emotion that you didn’t see coming.

1.Define the difficult words and talk about imagery;
2. Learn how the rhythm of the words makes them easier to memorize (remember: Shakespeare wrote with memorization in mind);
3. Use the Quotation Pages, with their easy print and spacing,
4. Say the lines aloud, using the recordings of others with greater experience, and
5. Repeat them again and again. The repetition will pay off.

The Quotation Pages and Audio Clips are located at the linked website: 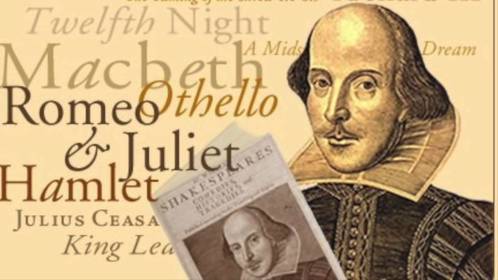 For many English-speakers, the following phrases are familiar enough to be considered common expressions, proverbs, and/or clichés. All of them originated with or were popularized by Shakespeare.