Illustrations by Gilles and Cecilie Studio

by Oscar Holland for CNN
Some of the world's biggest architecture firms have been competing for plots in this winter's tastiest property market -- the Gingerbread City.

Recently opened at the Museum of Architecture in London, the miniature metropolis is brimming with contemporary -- and almost entirely edible -- buildings.

Around 50 companies specializing in architecture, engineering and landscaping have baked and built structures for the project. The city boasts a castle, a stadium and three bridges, alongside public buildings and residential areas. Organizers said that, in addition to raising money for charity, the project can encourage the public to engage with urban planning.

"Often, people only come into contact with architects through consultations or contentious (planning) issues," museum director Melissa Woolford said in a phone interview. "So this is an opportunity for them to show their creativity and do something fun for the communities they serve."
​ 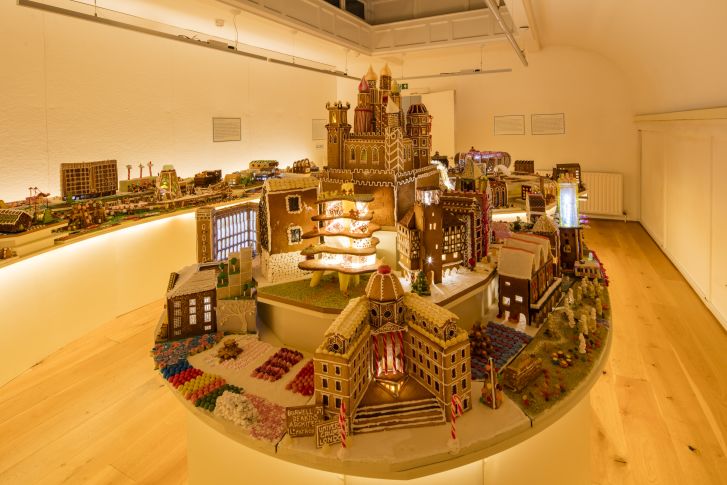 Planning a city
​
Built at a scale of 1:100, the Gingerbread City is composed of four distinct neighborhoods: The labyrinthine Old Town centered around Crumble Square, the industrial New Town with its own "Central Baking District," an eco-town and a waterside energy district.

"One part of the city feels medieval, with narrow winding streets, close buildings and lots of really interesting routes. Then there's a very open, formally planned area with straight routes, vistas and views. These (features) are all about how you lay out the buildings and the streets.
"We wanted to reflect how many real cities actually feel, so we had to think about lots of things from the real world. But we also had to think about the very specific qualities of gingerbread."
​ 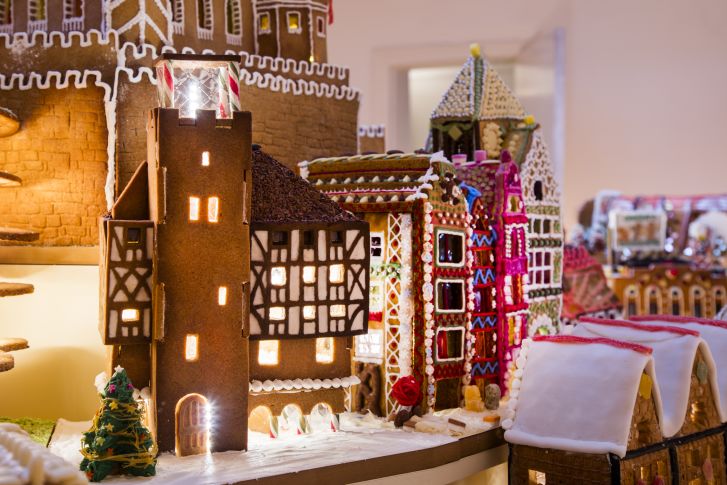 A challenging material
​
Tasked with baking their own gingerbread, the architects were allowed to incorporate candy cane, sugar and other treats into their designs. The brief permitted the use of non-edible supporting structures, though they cannot be visible to visitors.

Project organizers advised participants to cook the gingerbread without baking soda, helping to keep it hard and firm. But, as a building material, gingerbread still presented unique challenges, according to participant Petra Montuschi. An architect at Foster + Partners, Montuschi worked on the firm's entry -- an island transport hub where electric trains, water taxis and pedestrian traffic converge.
​
"For the buildings, we mainly used gingerbread and melted sugar in order to create the curved glass, which was quite a challenge," she said in an email interview. "The landscape features different kinds of edible materials, such as candies, biscuits and sugar.

"We had to make several mock-ups and try different baking methods throughout. While gingerbread is an unusual material, it can be baked and hardened into various shapes. The thin roof panel was a particular challenge as we needed the cross-section to be minimal, while retaining stiffness."

The architects will be hoping to avoid the fate of some of last year's entries. Having previously braved a number of structural failures, the museum has installed dehumidifiers to keep the gingerbread dry, according to director Woolford.

"There were a few buildings that collapsed last year, and there were some lessons we learned from that," she said. "My advice to the architects was: 'Don't overcomplicate things.' The more you have small pieces relying on each other, the more opportunity there is for it to fall apart."

Gingerbread City will be exhibited at the Museum of Architecture in London until Dec. 22, 2018 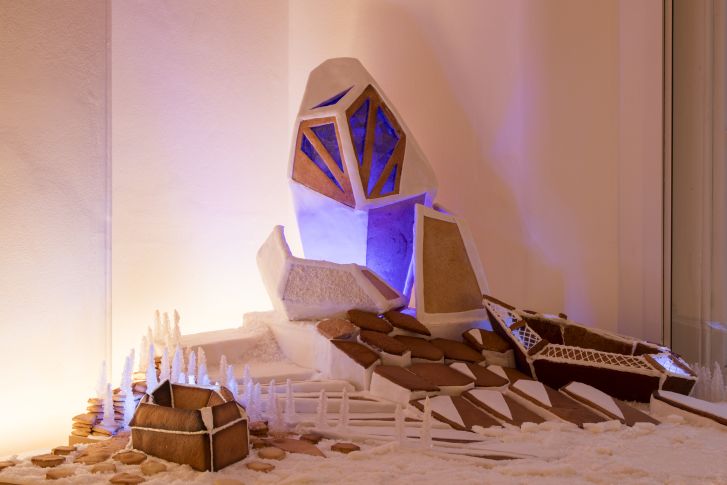