They help the environment, but they also help our souls. We explore the wonder of birds, and why they are worth protecting. 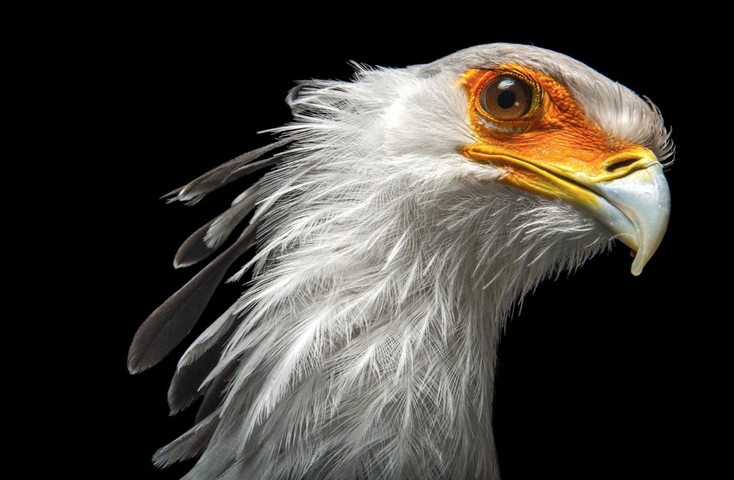 With its outlandishly long legs and fierce demeanor, the secretary bird (Sagittarius serpentarius) of the African savanna looks like a cross between a crane and an eagle. Its hooked beak is all raptor. (Photographed at Toronto Zoo, Joel Sartore, National Geographic)

This story appears in the January 2018 issue of National Geographic magazine.

​When someone asks me why birds are so important to me, all I can do is sigh and shake my head, as if I’ve been asked to explain why I love my brothers. And yet the question is a fair one: Why do birds matter?

My answer might begin with the vast scale of the avian domain. If you could see every bird in the world, you’d see the whole world. Things with feathers can be found in every corner of every ocean and in land habitats so bleak that they’re habitats for nothing else. Gray gulls raise their chicks in Chile’s Atacama Desert, one of the driest places on Earth. Emperor penguins incubate their eggs in Antarctica in winter. Goshawks nest in Berlin, sparrows in Manhattan traffic lights, swifts in sea caves, vultures on Himalayan cliffs, chaffinches in Chernobyl.
​
To survive in so many different habitats, the world’s 10,000 or so bird species have evolved into a spectacular diversity of forms. They range in size from the ostrich, which can reach nine feet in height and is widespread in Africa, to the aptly named bee hummingbird, found only in Cuba. Some birds—the painted bunting in Texas, Gould’s sunbird in South Asia, the rainbow lorikeet in Australia—are gaudier than any flower. Others come in one of the nearly infinite shades of brown that tax the vocabulary of avian taxonomists: buff, fulvous, henna, nut-colored, russet, toast.

Birds are no less diverse behaviorally. African queleas and flamingos gather in flocks of millions, and parakeets build whole parakeet cities out of sticks. Dippers walk alone and underwater, on the beds of mountain streams, and a wandering albatross may glide on its 10-foot wingspan 500 miles away from any other albatrosses. Roadrunners kill rattlesnakes for food by teaming up on them, one bird distracting the snake while another sneaks up behind it. In many respects they’re more similar to us than other mammals are. They build intricate homes and raise families. Cockatoos are shrewd thinkers, solving puzzles that would challenge a chimpanzee, and crows like to play.

And then there are the songs with which birds, like us, fill the world. Nightingales trill in the suburbs of Europe, thrushes in downtown Quito, hwameis in Chengdu. Chickadees have a complex language for communicating—not only to each other but to every bird in their neighborhood—about how safe or unsafe they feel from predators. If you shoot too many pictures of a lyrebird, it will add the sound of your camera to its repertoire.

But birds also do the thing we all wish we could do but can’t, except in dreams: They fly. Eagles effortlessly ride thermals; hummingbirds pause in midair. The flight paths of birds bind the planet together like 100 billion filaments, tree to tree and continent to continent. The red knot, a small shorebird species, makes annual round-trips between Tierra del Fuego and the Canadian Arctic; one long-lived individual, B95, has flown more miles than separate the Earth and the moon. 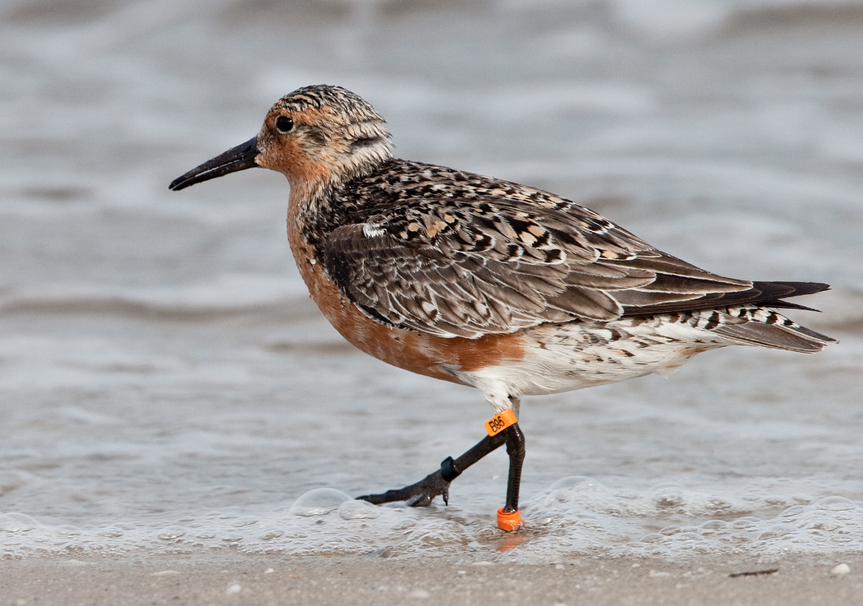 B95, nicknamed Moonbird, is a red knot celebrated for its longevity and migratory endurance. The bird, a male, was banded in Tierra del Fuego, Argentina in February 1995 by Patricia González, an Argentine biologist. It has been recorded many times since then, most recently during May 2014 by González in the Canadian Arctic.

There is, however, one critical ability that human beings have and birds do not: mastery of their environment. Birds can’t protect wetlands, can’t manage a fishery, can’t air-condition their nests. They have only the instincts and the physical abilities that evolution has bequeathed to them. These have served them well for a very long time, 150 million years longer than human beings have been around. They’re the most vivid and widespread representatives of the Earth as it was before people arrived on it. They share descent with the largest animals ever to walk on land: The house finch outside your window is a tiny and beautifully adapted living dinosaur. A duck on your local pond looks and sounds very much like a duck 20 million years ago, in the Miocene epoch, when birds ruled the planet.

But now human beings are changing the planet—its surface, its climate, its oceans—too quickly for birds to adapt to by evolving. Crows and gulls may thrive at our garbage dumps, blackbirds and cowbirds at our feedlots, robins and bulbuls in our city parks. But the future of most bird species depends on our commitment to preserving them. Are they valuable enough for us to make the effort?

Whatever stories we tell about their past and imagine for their future, birds live squarely in the present. And at present, although our cats and our windows and our pesticides kill billions every year, and although some species have been lost forever, their world is still very much alive. In every corner of the globe, in nests as small as walnuts or as large as haystacks, chicks are pecking through their shells and into the light. 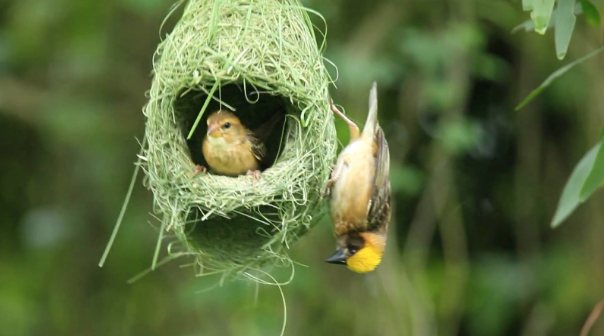 Bay weavers are known for their nest-building skills; their hanging nests have a central brooding chamber and a long tube leading to a side entrance (Indranil Bhattacharjee, National Geographic)