IN LIFE, WE ALL HAVE a moment when we wake up to a bigger picture. For Ann Hodges, that moment arrived on November 30, 1954, at precisely 1: 46 P.M., while she was lying on the couch. It wasn’t so much an epiphany as a painful reality that struck her that day, when a lime-green “cosmic missile” streaked across the clear afternoon sky, crashed through her roof, bounced off a console radio, and flew smack into the side of her body.
​ 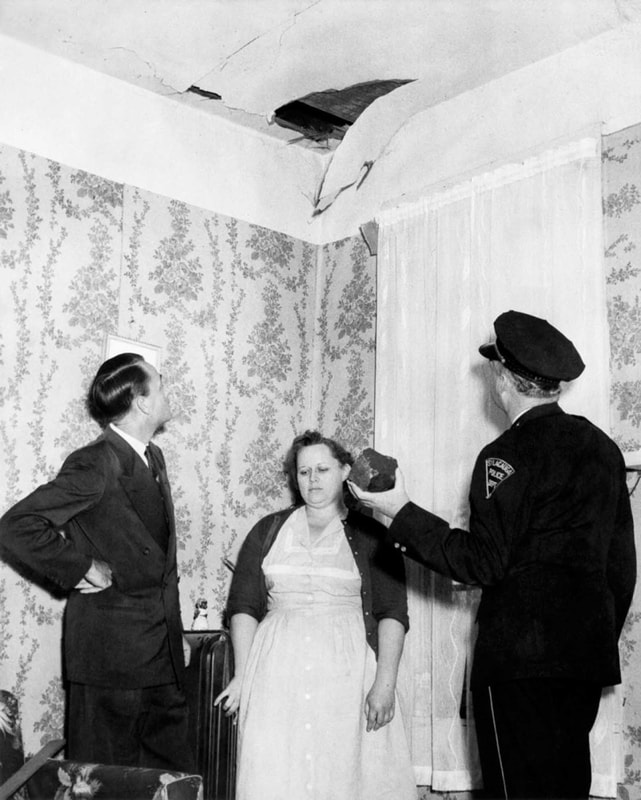 As the only known person to be hit by a meteorite, Ann became an instant sensation. By nightfall, hundreds of people, including the national news media, descended upon her backyard, snapping photos of the extraterrestrial object, checking out the damage to her house, and looking in awe and horror at the jet-black, football-sized bruise the impact left on her hip. 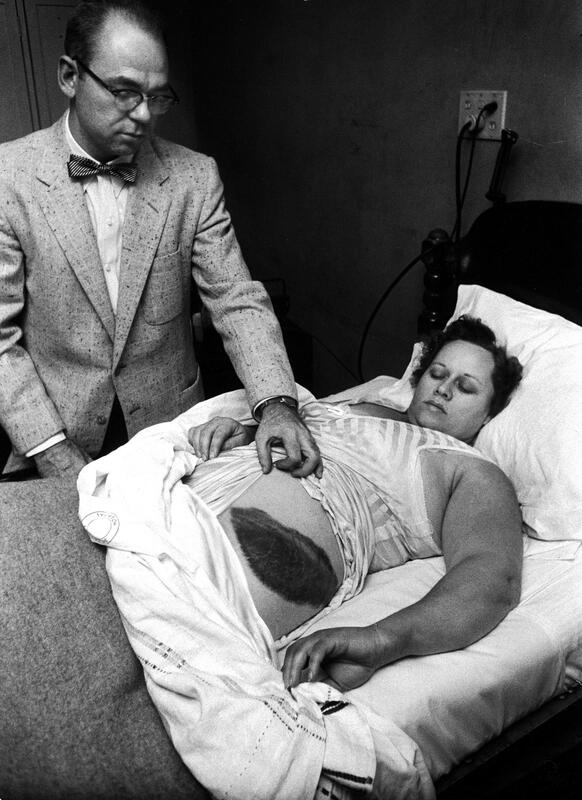 Because she was napping, Ann had slept through the fireball’s spectacular descent. Witnesses saw it blaze across three states; TVs began scrambling from the alien interference; and the sonic boom jolted a boy right off his bike more than one hundred kilometres away, in Montgomery, Alabama. As for the locals, when the shooting star finally hit ground zero in the town of Sylacauga, most of them thought they’d heard a plane crash or an exploding bomb. 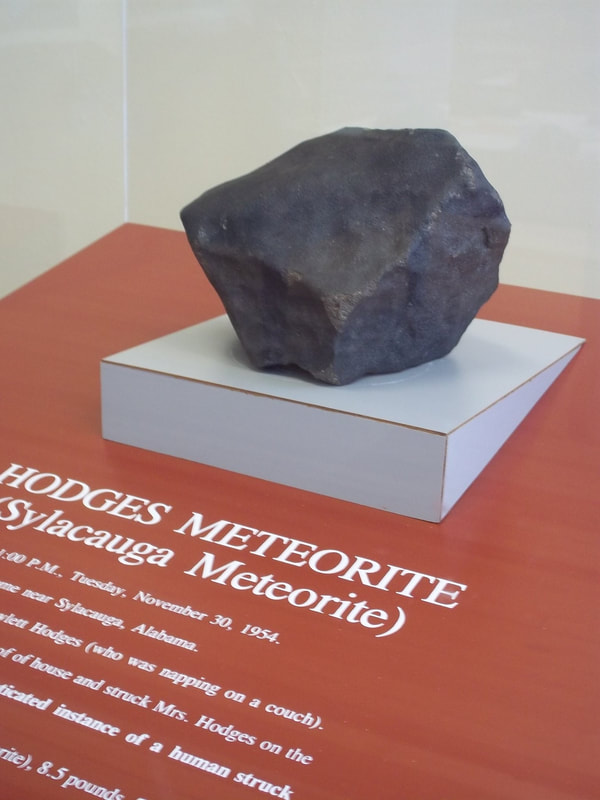 After a few weeks, though, as with all freak accidents, the buzz died down. The reporters packed up and went home and the neighbors returned to their daily lives. And while the meteorite certainly made an impression on everyone that day, only one person’s cosmic perspective was forever changed. For Ann Hodges, the universe, with its meteors and comet showers and supernovas, was no longer a separate place somewhere “out there.” Oh, no. The cosmos could come right into your house, if it wanted to, and slap you wide awake.

FAR FROM BEING IDYLLIC and tranquil, the heavens are in constant, violent change. You’ve got your raging flames, your choking plumes of poisonous gas; darkness, chaos, and violent destruction are pretty much everywhere. In fact, if you look up into the sky tonight in the direction of Sagittarius, just above the archer’s arrow, there’s a supermassive black hole in our galaxy that is, at this very moment, obliterating everything within its horizon.
That’s the universe we live in. But it’s not the way it feels. That you and I are relatively calm right now, that we aren’t in a raw panic at the total and utter mayhem that dangles right above our heads, is because we live in a bubble, a physical one called the atmosphere. From space, this dome is clearly visible. It’s a thin, bluish-white film that acts like a planetary force field: it blocks out lethal radiation, maintains temperatures within a tiny range (compared to the extremes of space), and incinerates most of the meteors that would otherwise pulverize the surface of Earth.

As human beings, we all live inside another kind of bubble as well: a psychological one that shapes our ideas about the everyday world. This is our “reality bubble.” Just as rocks hurtling at supersonic speed find it hard to penetrate Earth’s atmosphere, unwelcome facts and unfamiliar ideas almost never make it through the membrane of the reality bubble. It shields us from thinking about forces “out there” that are seemingly beyond our control and lets us get on with the business of our lives.

But problems arise with inflated certainty, and we see it over and over again. Whether it’s real estate bubbles, or stock market bubbles, or political bubbles, being in a bubble means, by definition, that we’ve got a warped perception of reality. And in the end, all bubbles share the same fate: inevitably, they burst.
​So we might do well to remember that even our most stable conceptions of the world can be overturned. For over two centuries, the universe was understood to be governed by Newtonian physics, and then Einstein came along. But it doesn’t always take a genius to expand our view of the world. Sometimes it just happens. For Ann Hodges, it happened when a meteorite torpedoed through her ceiling one afternoon. And for you, it may just be the classroom you’re in and the classmates you're with right now. 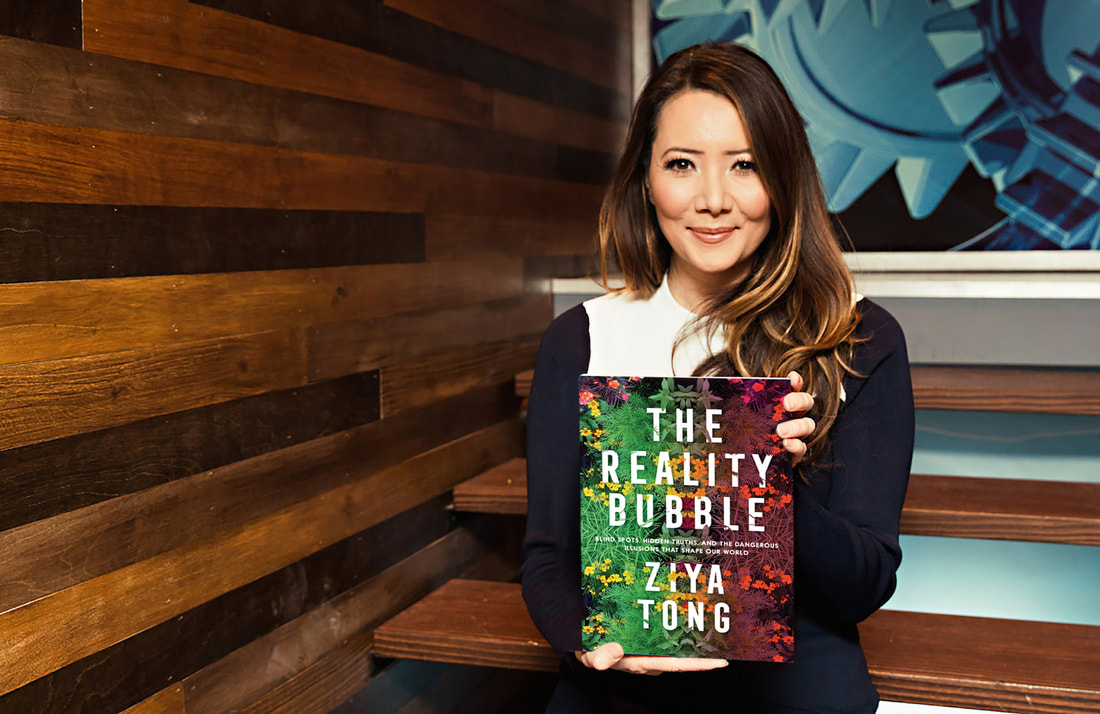