https://www.nationalgeographic.com/films/science-fair/resources/
Hailed by critics as “immensely likeable,” “brilliant and quirky” and an “ode to the teenage science geeks on whom our future depends,” and winner of the audience award at Sundance and SXSW, National Geographic Documentary Films’ SCIENCE FAIR follows nine high school students from around the globe as they navigate rivalries, setbacks and, of course, hormones, on their journey to compete at the International Science and Engineering Fair. As 1,700 of the smartest, quirkiest teens from 78 different countries face off, only one will be named Best in Fair.

​The film, from Fusion and Muck Media and directed by the duPont Award-winning and Emmy-nominated documentary filmmaking team of Cristina Costantini and Darren Foster, offers a front seat to the victories, defeats and motivations of an incredible group of young men and women who are on a path to change their lives, and the world, through science.
​ 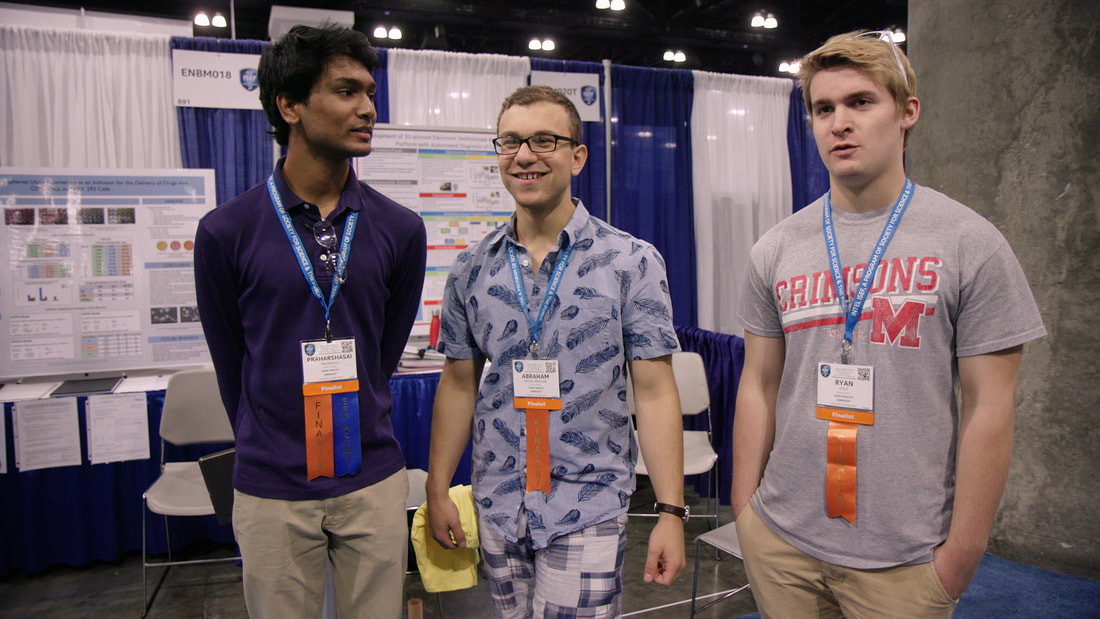 SCIENCE FAIR is a love letter to the subculture that saved me. As a dweeby kid growing up in a sports-obsessed high school in Wisconsin, the international science fair became my lifeboat. It validated my passion for science, taught me how to dedicate myself to a goal and set my life on a trajectory that would have otherwise been totally impossible. But most important, science fair is where I found my tribe.

The idea of doing a documentary about science fair has been an obsession of mine since I first went to the International Science and Engineering Fair as a freshman in high school in 2004. I had seen “Spellbound” the year before and when I got to ISEF, I thought, someone needs to make a documentary about this crazy little world. It had everything — an international cast of angsty teenagers and inspiring prodigies, all devoted to one very niche subculture, and all striving to make the world a better place.

At that point in my life, however, I had no real idea I would be telling stories for a living when I grew up. I thought I was going to be a psychologist or some kind of scientist. But in college, I started watching the work of two young investigative journalists, correspondent Mariana van Zeller and her producer husband, Darren Foster. Their work was unlike anything I’d seen before — they went to places no one else would go and uncovered stories of injustices and corruption that network news was missing. After seeing everything they had ever produced, I decided to switch career paths. Fast-forward a few years and we all got the opportunity to work together. – Cristina Costantini


My wife, Mariana, first introduced me to Cristina and it was clear from the start that Cristina was supremely talented and that we were kindred spirits when it came to our approach to stories. We worked really well together.

Cristina told me about her idea of a documentary on science fair. I was a science kid, too, and participated in science fair, but the level that Cristina competed at was another world. What really sold me was this story about how she skipped the opportunity to go to the junior prom with her high school crush so she could compete at science fair. I won’t do the story justice, you’ll have to ask Cristina, but it was the nerdiest thing I ever heard. I was in. – Darren Foster
​

Why did you make this film?

From the beginning, Cristina’s own experience with science fair was our north star. As a two-time alumna of ISEF, she not only had firsthand insight into the scene, but with some distance she could also look back and see how it shaped her life. With that very personal perspective, we set out to make a movie about the science fair journey as she remembered it: one of the most stressful, exhilarating, sublime, terrible experiences a young person could go through.

We wanted to tell the story of teenage prodigies trying to navigate the sweet, confusing purgatory between childhood and adulthood. But during the making of what was supposed to be a quirky competition documentary, things changed in our country. We realized that many of the characters at the center of our film — scientists, women, Muslims and immigrants — had suddenly found themselves at the center of very ugly national debates.

We thought a lot about how to incorporate these themes into our film. Should we remind the audience of the times we live in, cutting science funding while American students are already lagging behind their peers? Should we include interviews with talking heads about how science is under attack? As we started to go down this path, we realized we were overshadowing the thing that makes this movie shine and were straying from the very thing that drew us to the science fair in the first place — the stories of amazing nerdy teenagers with a whole lotta heart. Instead, we realized we had to trust the audience and let these issues come through in real moments that were true to our main characters.
​ 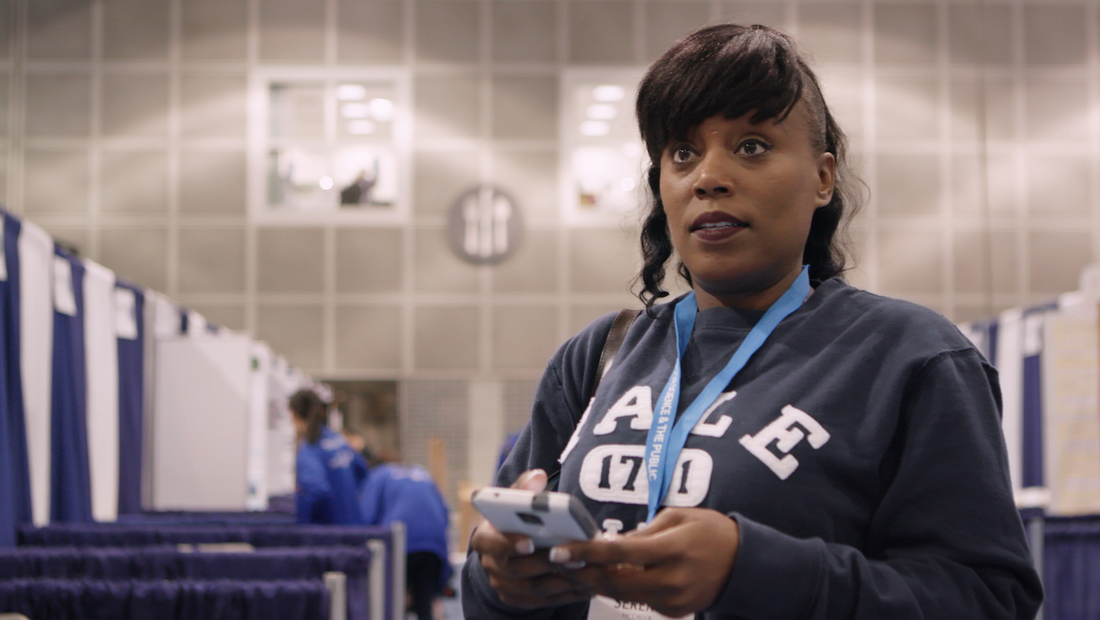 Did the film change from your original idea as you were filming or in post?
​
From that first shoot, we had a pretty clear vision for the film and for the most part, the final product doesn’t stray too far from it. However, our original idea was to follow just students. But throughout production our camera kept gravitating toward one teacher. Dr. Serena McCalla is the science research teacher at Jericho High School in New York. Her only job at Jericho is to work with kids on their research projects and prepare them for science fair. We filmed her class and her amazing students over the course of the year. It wasn’t until we were shooting the finale at ISEF that we realized she was going to be one of our main characters. It was a break from the format we envisioned, but her perspective on science fair was so compelling. And she is just a force. It was a late decision, but one of the best we made.

Finding the kids we wanted to follow was another story. We consider it both the biggest challenge and the biggest success of SCIENCE FAIR. There are more than 7 million kids around the world who participate in science competitions and about 1,700 from nearly 80 countries make it to ISEF. There are so many great kids with so many compelling stories that it was really difficult to narrow it down.
​
That process alone consumed us for months and we wound up following more students than actually made it into the film. Thanks in large part to Cristina’s insider knowledge of the science fair world, we were able to place bets on who would make it to ISEF and who
might win big. The Long Island schools and duPont Manual High School from Kentucky have been powerhouse programs for over a decade, so we initially looked to them to find a sure winner. But we were also keen to find some underdogs, students who didn’t have much support or elite science programs behind them. In the end, one of the underdogs we followed — Kashfia Rahman from South Dakota — had one of the biggest and most heart- warming wins of the documentary. 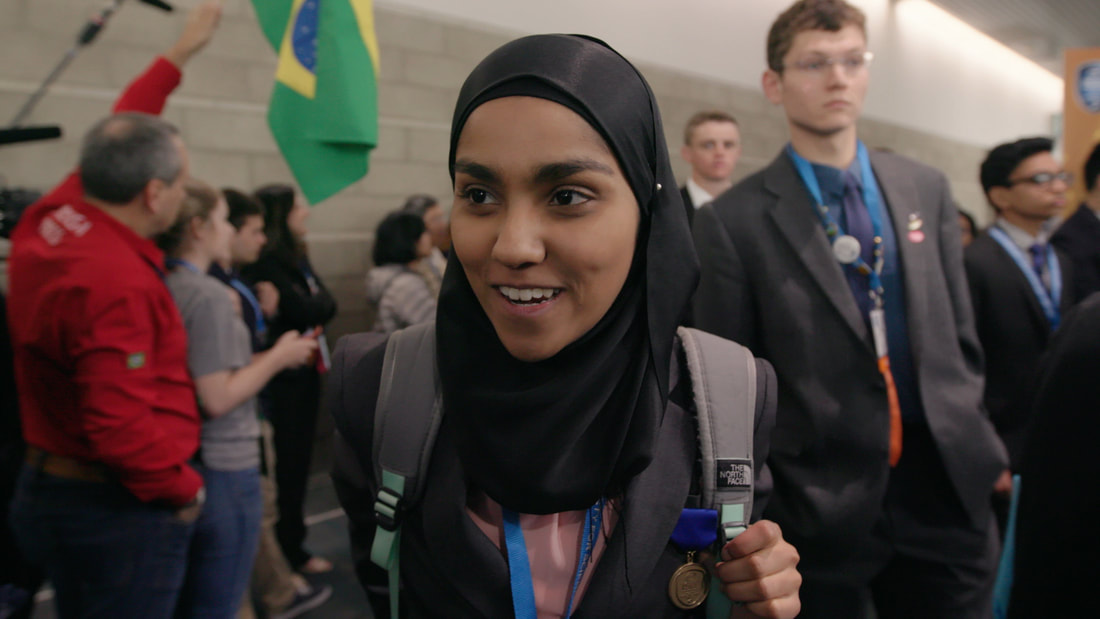 What do you want audiences to take away from this film?
​
By telling the stories of the incredible kids featured in the film, we want people to fall in love with the world of science fair as much as we have. We also hope the spirit and the commitment of our kids restores some hope at a time when the country seems to have turned its back on science. It would also be nice if people walk away with an appreciation for how science fairs foster the minds of some of our nation’s brightest students who may or may not fit into traditional educational systems.

Where do you find inspiration or who/what has influenced you as a filmmaker?
​
We rewatched a lot of our favorite competition docs in preparation for this, including “Mad Hot Ballroom,” “King of Kong” and, of course, “Spellbound.” The big difference in our doc is we didn’t have access to the big moment for our kids, which is when they face the judges at ISEF. On the day of judging, only students and judges are allowed on the floor. Their teachers, mentors and parents wait outside for eight hours and they must fend for themselves.
​
It was a bit of a creative challenge to figure out how we’d cover this crucial moment, but it wound up being one of our favorite sequences in the film. Plus, it sparked the idea of tracking down other alumni of the event to reflect on what science fair meant to them. That led to another favorite moment in the film when we meet the winner of the first-ever national science competition, 93-year-old Dr. Paul Teschen, and the first girl to win after boys and girls were allowed to compete against each other, Dr. Nina Schor. It was really touching and remarkable how even decades later they still look back on science fair as such a pivotal moment on their lives. 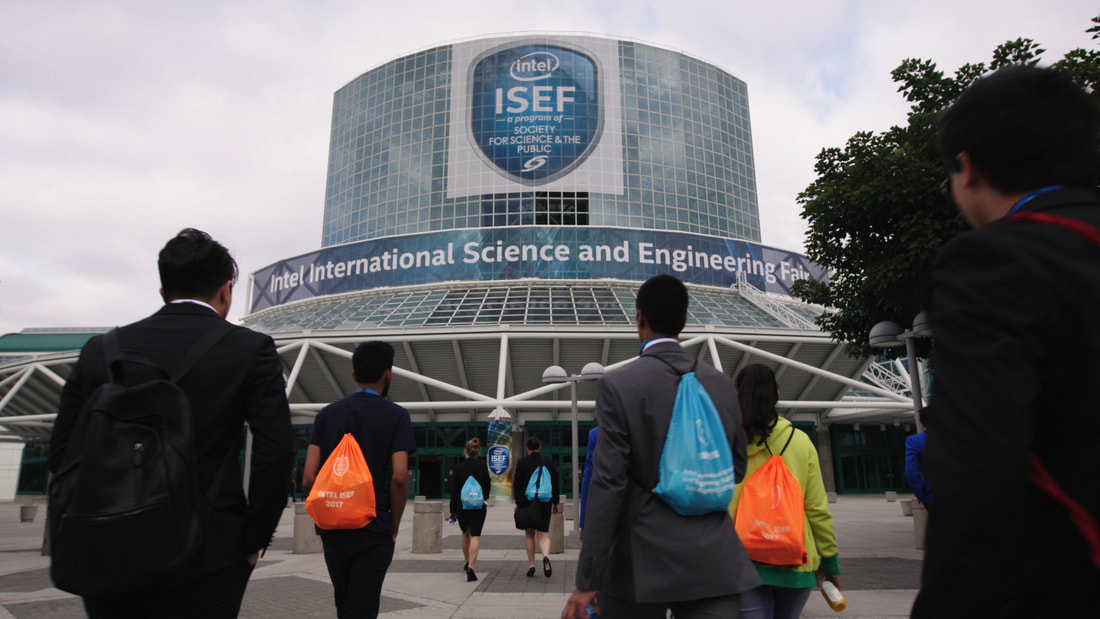 Anything else you want to add about the making of the film and its importance?
​
Fund science fair programs! They need all the support they can get right now. Oklahoma just cut its science fair from the state budget and ISEF just lost its principal funder when Intel announced it is pulling its support after next year. Science fairs may seem like just a nerdy extracurricular program, but for some of us, they made all the difference. 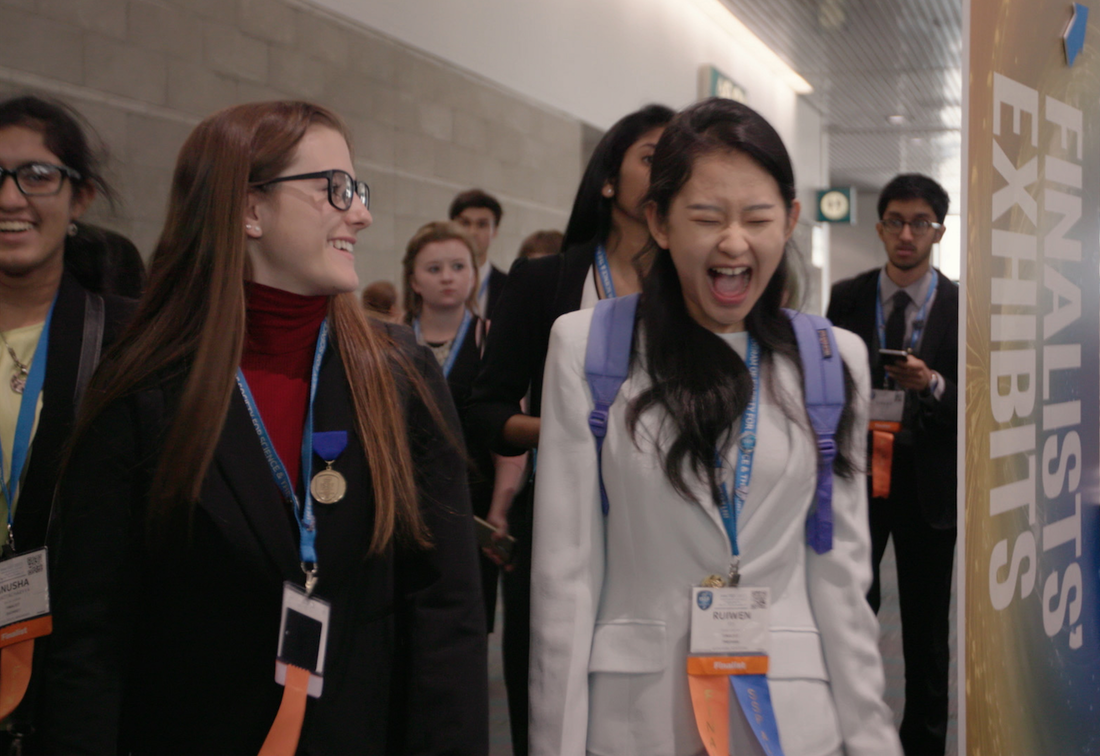 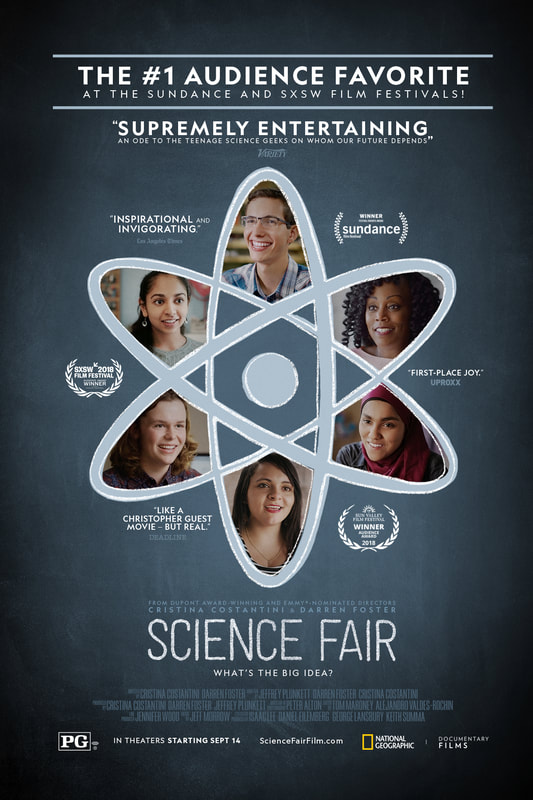