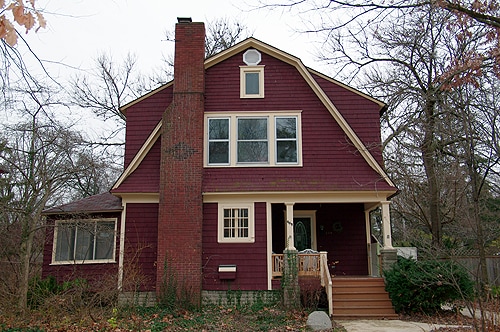 Even though the large and ornate architectural styles of the Victorian era, such as the Queen Anne and Shingle, were still quite popular during this period, the growing sentimental patriotism and longing for the simplicity of old times partly inspired by the US Centennial celebration in 1876 led to the evolution of the Colonial Revival style.  The Colonial Revival style combined the simple rectangular symmetry and balance of the Colonial and Federal styles with the architectural elements and size of the Victorian styles.  The Colonial Revival can be distinguished from its smaller predecessor, the original Colonial style, in that the entry, still the focal point of the facade, has an entrance hood which extends away from the house, usually adorned with columns and an open pediment.  The door is accentuated with sidelights and fanlights or transom.  The Colonial Revival style continued to simplify over time as a growing middle class helped this style to continue to gain popularity. 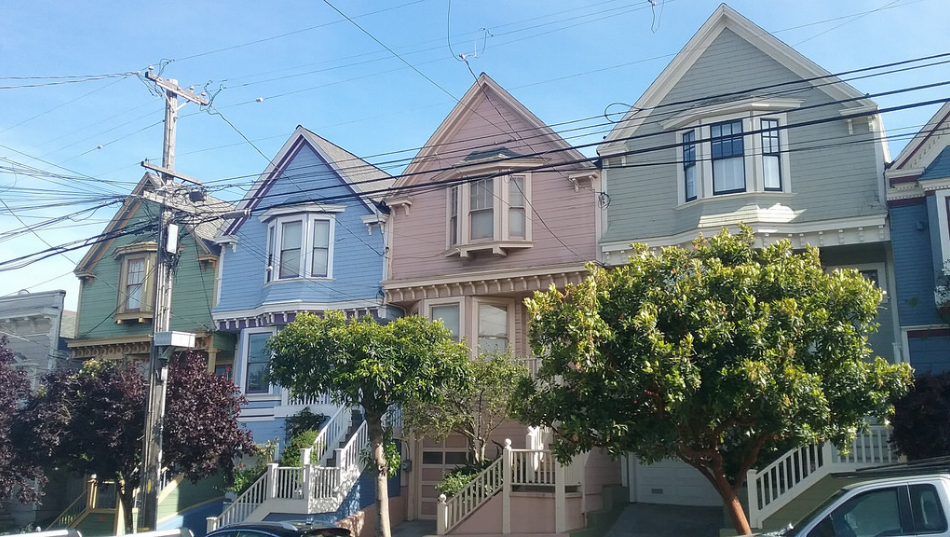