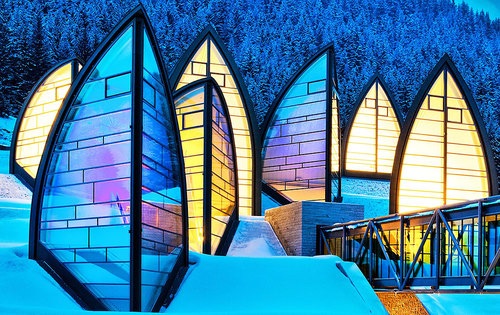 Glass in History and Architecture

Glass is so great as to be almost nothing.
~ Ludwig Mies van der Rohe, 20th Century German architect
Glass and crystal have similar appearances because they are both forms of silicone dioxide, a very plentiful material in the Earth's crust that also makes up a large portion of sand. The crystalline form of silica, the quartz crystal, keeps a rigid structure, where in glass it has chaotic structure, like a liquid.
Glass has been present for human study for thousands of years. It forms when a fire occurs in the desert; this is usually brown glass with a mixture of other elements that did not melt and will be rough and brittle, easy to break. Lightning in the desert, due to the much higher temperatures in the electrical discharge compared to a campfire, makes a type of glass, fulgurite, that was a rare curiosity in ancient times, used for decoration.
Egyptians and Greeks made advances in glass making, and Chinese smiths recorded success in glassmaking while tending to pursue other materials with greater interest. In history it was the Romans who created glass for everyday use, such as windows, mirrors, and drinking vessels.
In architecture today, glass is used for the transparency and the shiny, bright, clean effect it creates. It is often manufactured in sheets that include layers (laminates) of clear plastic to increase flexibility, gaps for air for insulation, or structured to break away in small cubes under impact (safety glass). Engineers have also taken long thin strands of glass and covered them in glue that when dried creates fiberglass, a lighter, more flexible, translucent building material.

The Kids Should See This: 3D Printing with Molten Glass 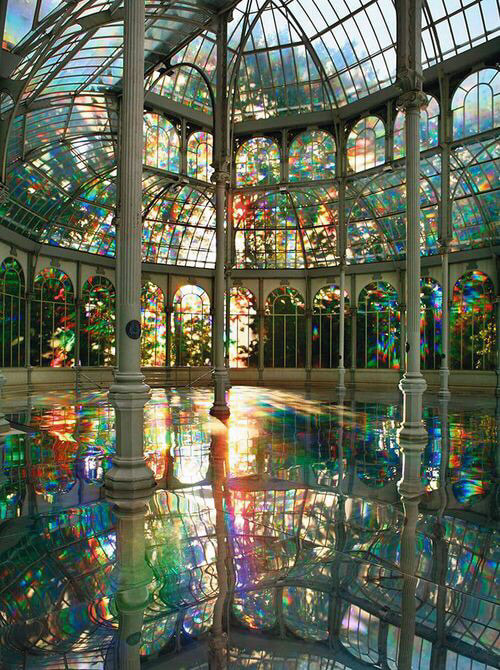