By 2050 the world’s population is expected to reach 9.8 billion. Nearly 70 percent of this booming population--6.7 billion people— is projected to live in urban areas. We asked experts at the architectural and urban planning firm Skidmore, Owings & Merrill (SOM) how they would design a city of the future, educated by lessons of the past and anticipating challenges of the future. Their vision is articulated on five scales, from surrounding ecosystems to building interiors, and follows 10 key principles:
​

In a densely developed hub, sustainable land use within and outside its borders helps people thrive by providing water, food, and recreation. High-capacity transit reduces emissions and speeds commute times.
​​ 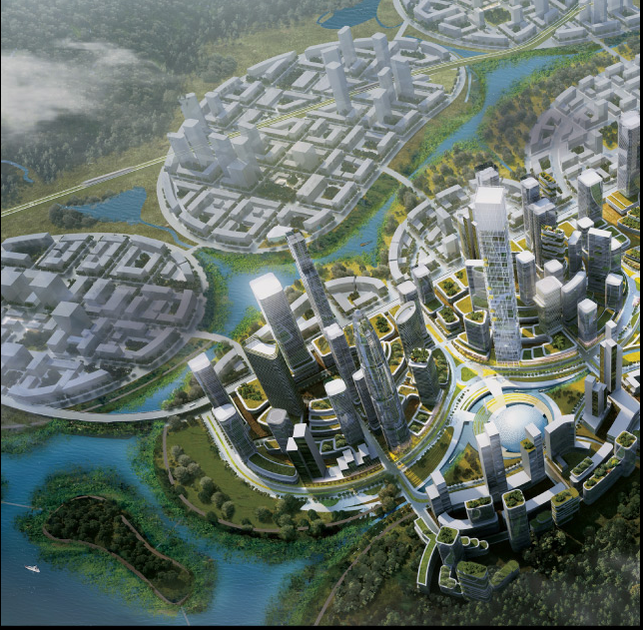 DESIGNING TO SCALE: SELF-CONTAINED NEIGHBORHOODS
Neighborhoods are designed to meet most daily needs within a 10-minute walk. Varied housing types draw mixed-income communities; people of all economic strata can live close to work.

​DESIGNING TO SCALE: RESILIENT REGIONS
Future cities are composed of a series of urban hubs: dense developments connected by high-speed rail. The regional ecology dictates where and how hubs grow; city centers move inland, away from rising seas.
​
BIOMORPHIC URBANISM
From regions to rooms, SOM’s designs flow from one idea: development and infrastructure complement and are shaped by ecology—letting nature regenerate and support rapidly growing urban populations.