Topology: Seven Bridges of Königsberg
How Physical Objects Are Connected

The city of Königsberg in Prussia (now Kaliningrad, Russia) was set on both sides of the Pregel River, and included two large islands which were connected to each other and to the two mainland portions of the city, by seven bridges. The problem was to devise a walk* through the city that would cross each of those bridges once and only once.

* No swimming, boating, ice-skating, or ballooning can be part of the solution. 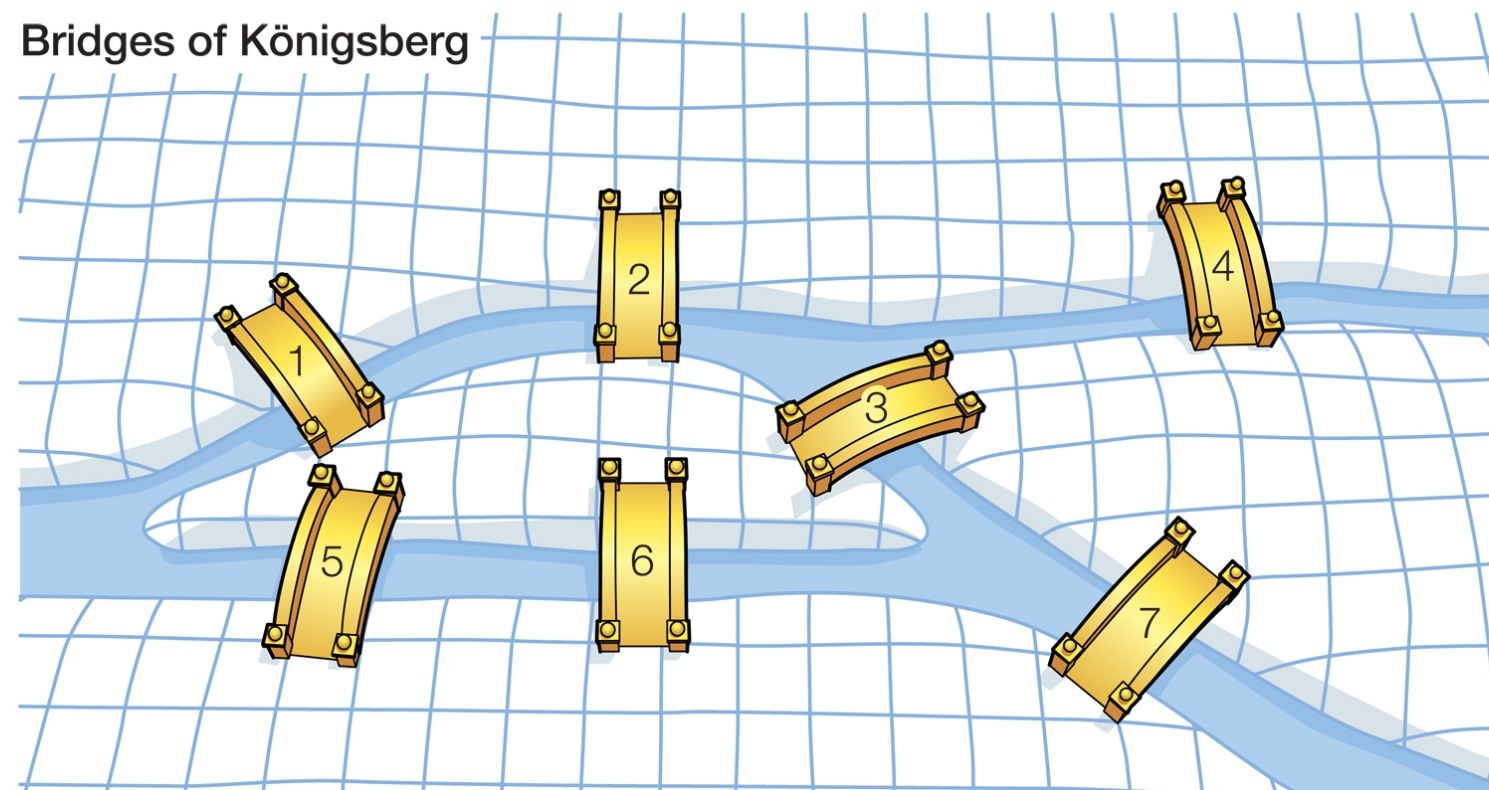